Cyclists bike across America to raise money for charity 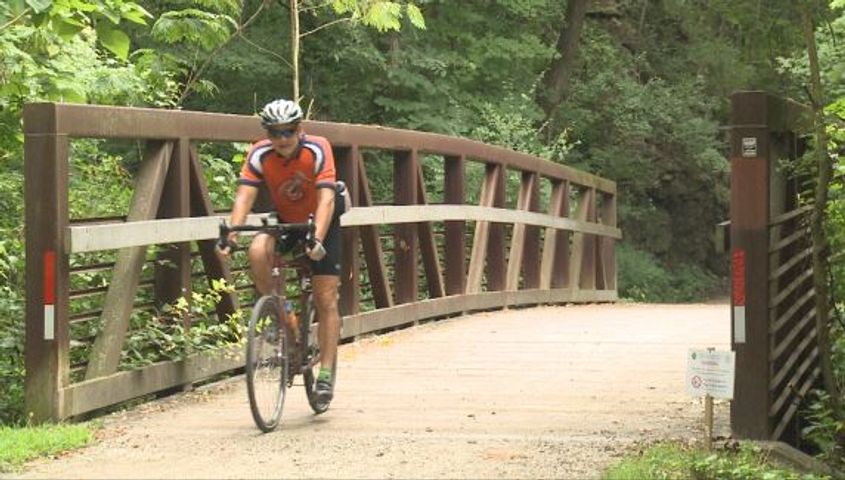 COLUMBIA - A group of cyclists from across the country rode down the Katy Trail to downtown Columbia to finish the 6th leg of a 4.000-mile coast-to-coast charity bike ride.

The cyclists have raised more than $1.1 million for the Fuller Center, a Christian non-profit housing ministry that helps underprivileged families build and renovate housing.

The riders are led by Missouri native Lydia Huelskamp, one of 24 cyclists biking the entire 4,000-mile journey from California to Maine.

During the trip, cyclists have been stopping to participate in 'build days' where they help build houses as part of the organization's mission.

Cyclist Johnathan Falk from Florida said his favorite part of the ride has been these build days.

"It was really important to me to see where the money was being spent and it really puts the ride into concrete context," Falk said. "We're going out and actually helping to build, and not just riding bikes."

74-year-old cyclist Tom Weber from Colorado, who affectionately goes by the name "Geezerman," is the veteran rider in the group and has done four cross-country rides. Weber said he loved meeting people along the ride.

"My favorite part is the love that comes out of the people that I ride with, the churches we stay in, and everybody--even news people-- that I meet along the way," Weber said.

The riders will be resting in Columbia on July 19 before heading to their next stop in Bowling Green, Missouri.

The cyclists began their journey June 5 and are expected to arrive at their final destination in Portland, Maine on August 15.

For more information about the Fuller Center Bike Adventure or to make a donation, you can visit the organization's website here.