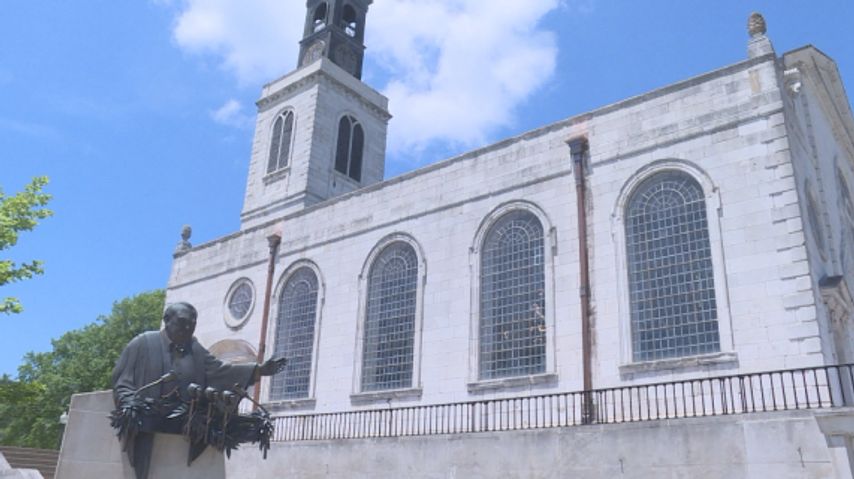 FULTON -- The America's National Churchill Museum is honoring three D-Day veterans and one other veteran on Thursday in Fulton.

Director and Chief Curator of America's National Churchill Museum, Timothy Riley, said the ceremony is free and open to the public.

The solemn ceremony begins at 11 a.m. inside the Church of St. Mary the Virgin, Aldermanbury, within the museum. Those who attend the ceremony will be allowed a free tour of the museum.

Manager of guest services and museum operations, Tyler Oberlag, said he believed the public has an incredible opportunity to first-hand experience history not only in the service but also in the museum.

"We're aware there are a lot of museums around the country doing 75th anniversary - D-Day services and honoring people, but here in Fulton, were doing the same thing, and its local," Oberlag said.

"It's going to be unique, more unique than what other museums around the world are doing," he said.

For those unable to join, the ceremony will be live-streamed on the Westminster College website.

"June 6th marks the 75th anniversary of the greatest invasion in history of the world," Riley said.

He said they're inviting several veterans who were there on D-Day serving in World War II.

Later in the ceremony, the museum is specifically honoring Captain Mort Harris who served as a B17 bomber. He flew two missions on D-Day to help provide support for those landing on the beaches.

"Each time I meet these individuals, who are really eye witnesses to history, they were the ones who lived through it, who created history, it's humbling and honoring," he said.

The ceremony will include readings by former President Dwight Eisenhower, Winston Churchill, and others. Riley said it was a "great chance for us to recognize and celebrate the remarkable achievements of these great men."

A Fulton 7th grader is participating in the ceremony Thursday by sharing one of the readings.

Riley said everyone will have an eyewitness to history not only due to the veterans, but also the historic landmark that is the church.

The historic church within the museum is a "16th century church that was built in London, but destroyed in WWII until it was rebuilt here 50 years ago in Fulton."