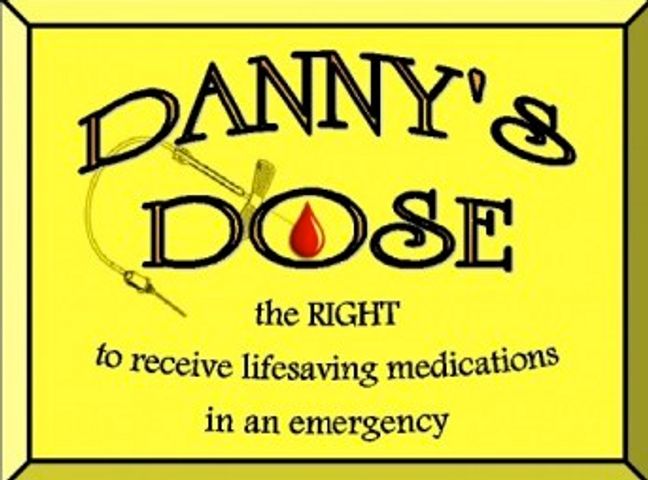 ROLLA - Determination, courage and spunk run in Danny Shelton's blood. But factor IX, a vital clotting protein, does not.

Danny has severe hemophilia B, a genetic bleeding disorder that causes factor IX deficiency. For hemophiliacs like Danny, bumps, cuts and bruises can cause excessive bleeding. More serious traumas, like car accidents, can quickly lead to severe hemorrhages or brain and organ bleeds.

Despite his diagnosis, the spirited 6-year-old doesn't let hemophilia stand in his way. Like many boys his age, he scampers up trees, practices his baseball swing and embarks on lifesaving missions with his Transformers action figures.

But unlike many boys his age, he's part of a real lifesaving mission. Danny and his family are on a quest to change the state's EMS protocols so rare disease patients like him can receive the treatments they need during medical emergencies.

To control his hemophilia, Danny takes intravenous injections of blood clotting factor, sometimes multiple times a week. He knows how to administer the injection himself, and his 4-year-old sister is also trained.

These injections boost Danny's factor levels, keeping him safe from routine scrapes and bruises. But in the event of a traumatic injury or a car accident, he would need an emergency dose of factor—fast.

When they learned of his diagnosis, Danny's parents took every measure to keep him safe in the car. Their efforts went far beyond just buckling up. They outfitted his car seat with a bright yellow headrest emblazoned with a medical alert, warning paramedics about his hemophilia. They anchored a backpack containing a dose of factor to his seat, confident that paramedics would see it and administer it at the scene of an accident.

In June 2014, they learned that paramedics in Missouri—and across the country—have protocols that prohibit them from administering medications found in a patient's possession during an emergency.

For Danny, that meant he would have to be transported to a hospital in St. Louis or Kansas City to receive his dose of factor in an emergency. Even with a safe, effective dose of factor lying nearby, paramedics might fear the potential liability of using it. In an accident, they would likely send him to Cardinal Glennon Children's Hospital in St. Louis. In a situation where minutes matter, he would likely arrive too late, potentially having a cerebral hemhorrage or internal bleeding.

Here's an analogy: Imagine you have a small fire in your kitchen. Right beside you, there's a bucket of water. There's another bucket of water outside—same size, same amount of liquid. If you splashed the water from the indoor bucket on the flames, the fire would be extinguished almost instantly. But imagine you have to use the outdoor bucket to put out the fire. By the time you retrieve the bucket from outside, the fire has engulfed your kitchen, and the flames can't be suppressed with a mere bucketful of water. Similarly, by the time patients are transported to St. Louis or Kansas City, the medication that could have been their salvation on the scene is rendered powerless at the hospital.

When they learned about the protocols, the Sheltons met with their local EMS staff. They developed a personal emergency plan for Danny, familiarizing local paramedics with his condition. In the event of an emergency, paramedics understood they could administer Danny's dose of factor on the scene.

Now, the Sheltons are intent on changing the rules across the state to protect rare disease patients through a campaign called Danny's Dose.

"It's important to protect paramedics, and make sure they know they won't be liable for saving a life," Danny's father, Daniel Shelton said.

After more than two years of making phone calls, meeting with ambulance districts and talking to state legislators, the Sheltons say they hope a proposed bill could cure the flaws in the state's EMS protocols.

Darlene said if the bill passes, it could benefit over 100,000 Missourians with rare diseases, and not just hemophilia, but other conditions like adrenal insufficiency and Von Willebrand's disease, another bleeding disorder.

She said patients with special medical conditions can still improve their emergency protection in the meantime. She suggests that patients speak with paramedics at their local ambulance districts and equip their vehicles with medical alert headrests.