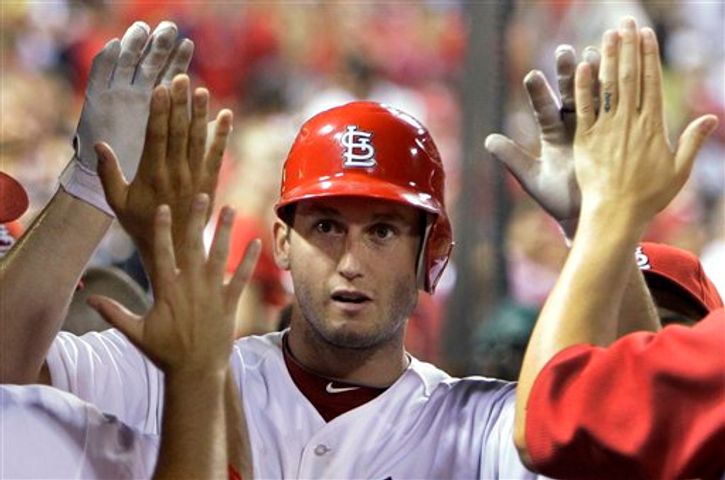 MILWAUKEE, WI (AP) -- David Freese hit a two-run drive for one of four St. Louis homers off Yovani Gallardo, and the Cardinals spoiled the Milwaukee Brewers' opener with an 11-5 victory on Friday.

Yadier Molina, Carlos Beltran and Matt Holliday also connected for the Cardinals, who are in Milwaukee for a three-game series after opening with a victory over the Marlins in Miami on Wednesday.

Gallardo (0-1) lasted only 3 2/3 innings, giving up seven hits and six runs with five walks and three strikeouts. Manager Ron Roenicke gave Gallardo the opening-day start ahead of Zack Greinke, despite Gallardo's career 1-7 record against the Cardinals with a 5.66 ERA coming into Friday's game.