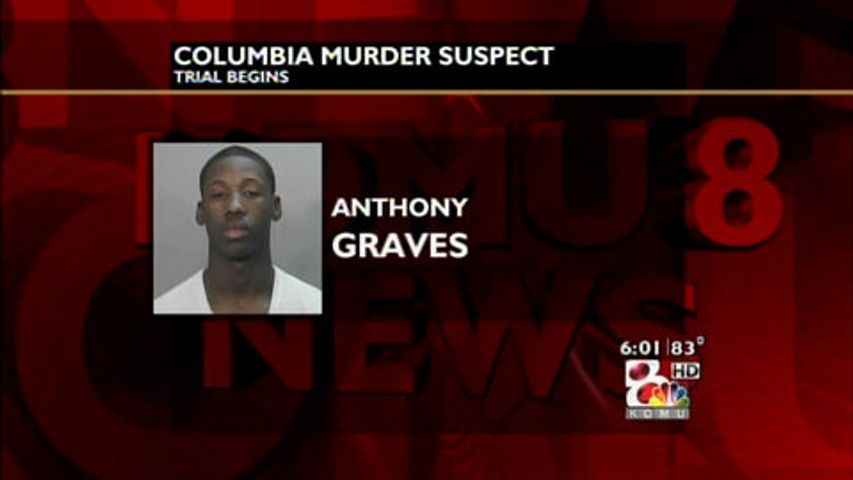 The prosecution called ten witnesses to the stand. One, Que'mon Wilkerson, was in the passenger seat of the car Graves was driving when the shots were fired. Another, Kentavi Mullins, was a friend of Johnson's and was also there when Johnson was shot.

Mullins testified to the following chain of events. He said that during the afternoon of Monday May 12, he and Johnson called a friend to sell them marijuana. They didn't know Graves before but he was with the friend when they made the drug deal. Mullins said he and Johnson realized Graves ripped them off and they called him back. When the group met up again, Mullins said that he and Graves got into a fist fight and Graves beat him up. Later that evening, Mullins said he and Johnson were at Douglass Park when Graves drove up and Mullins said he wanted a re-match of their earlier fight. Mullins then said Graves pulled out his gun and drove away. A bit later, Mullins said he was walking with his brother Chris Mullins and Johnson north on Trinity Place near the Blind Boone Community Center when they saw Graves, 20, and Wilkerson walking toward them. Mullins then said his brother ran after Graves and Wilkerson with an empty beer bottle. Mullins says that's when Graves and Wilkerson ran back to Graves' car parked in a driveway on Trinity Place. Mullins testified that Graves backed out of the driveway then fired two shots out the driver side window at the group of men. Mullins said Johnson was struck by one of those bullets.

The prosecution also called Graves' passenger Wilkerson to testify. Wilkerson said Graves did fire the weapon, but Wilkerson claimed a man in Johnson's group drew a gun on the defendant and himself. Defense attorneys claim Graves fired his weapon in self-defense.

A jury of six men and six women will decide if Graves is guilty of second-degree murder, armed criminal action, and unlawful use of a weapon.