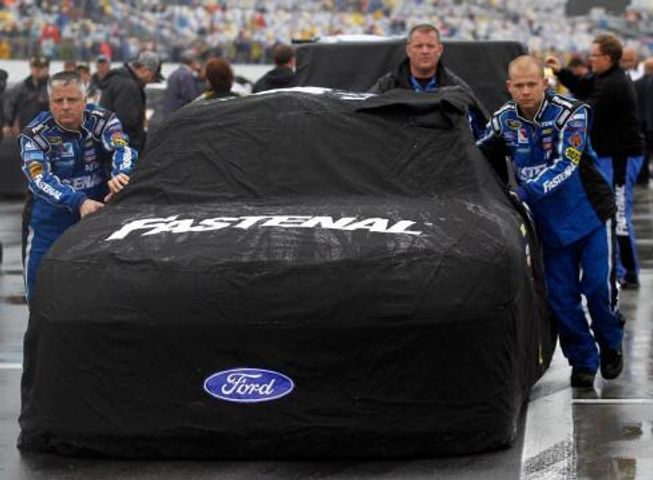 DAYTONA BEACH, FL -- With rain still coming down in Daytona Beach, NASCAR has moved the start time of the Daytona 500 again. NASCAR president Mike Helton announced that the race will now plan on starting at 6 p.m. Monday night on FOX.

The annual first race of the season was supposed to start at on Sunday, but heavy rainfal soaked Daytona International Speedway. This marks the first time NASCAR has had to postpone the event in its 54-year history

Columbia's own Carl Edwards, who finished second in last year's Sprint Cup Championship will start on the pole when the green flag does wave. Roush Fenway teammate Greg Biffle will start beside Edwards in the front row.