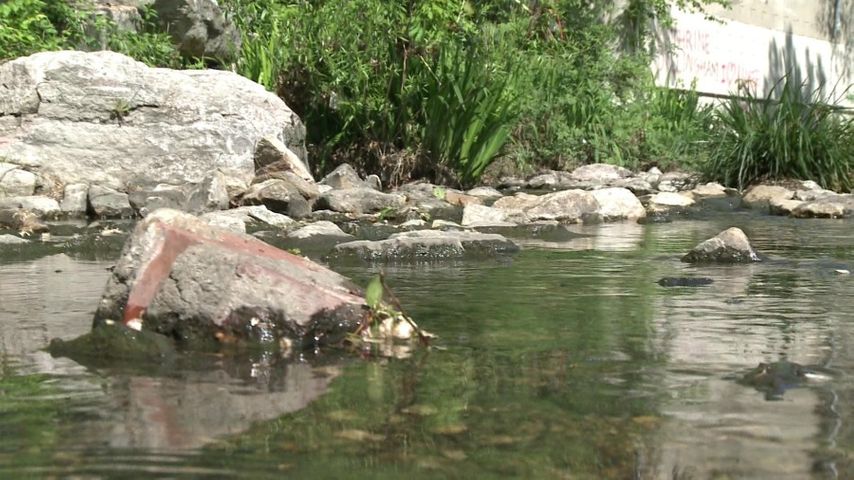 COLUMBIA - Officials with the Missouri Department of Conservation said the death of at least 14,000 fish in Flat Branch correlates to the fire that destroyed a Columbia strip mall April 1. Resource Scientist Rebecca O'Hearn coordinates the statewide fish kill and pollution program. She said the fish deaths occurred because of the fire.

"This relates directly to the fire. Afterwards, we saw the dead fish and there was a burnt charcoal smell on the stream," she said.

Originally, O'Hearn said 1,000 fish were killed because of the fire. That number has now increased to 14,000.

The Missouri Department of Conservation has not contacted the Columbia Fire Department although the fire department says it installed its own filtration system the day of the fire. The department and Public Works installed filters consisting of straw bales and oil booms to prevent pollutants from entering the stream.

According to the Columbia Fire Department, the creek's water did not contain measurable pollutants after the department tested the water.

"It's unfortunate that these types of things happen," said Battalion Chief Steven Sapp. "It's not that we do not care about the environment, but water quality is not our area of expertise. We notified all people responsible for dealing with that issue," Sapp added.

O'Hearn added that the state will continue to monitor the stream for the next year. She said stream conditions should improve with rainfall and time.