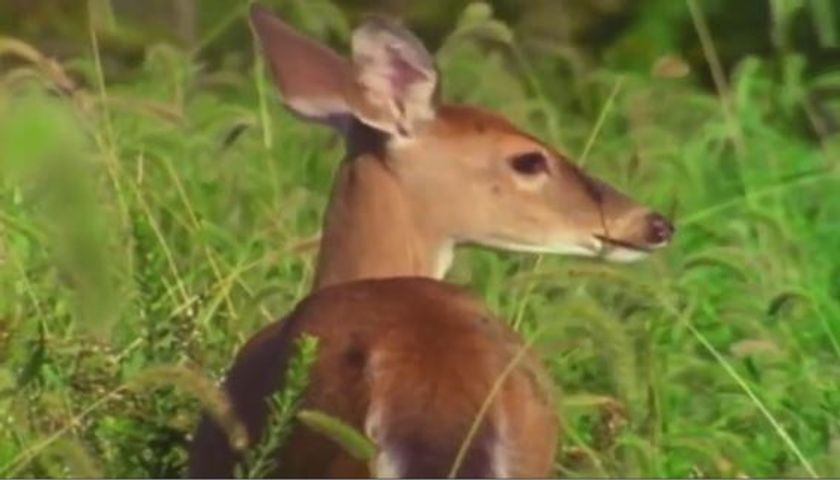 COLUMBIA - A deadly deer disease is spreading through mid-Missouri, and the state is asking for your help to contain it.

The Missouri Department of Conservation is banning deer feeding in 41 counties, including Benton, Hickory and several surrounding counties. Anyone found in violation of the ban will be charged with a class-A misdemeanor.

Tom Strother is the Protection Regional Supervisor for the Missouri Department of Conservation. He said deer feeding restrictions were already instituted in 25 counties (including Boone, Callaway, etc.), but the spread of chronic wasting disease (CWD) has caused the department to expand restrictions even further.

“It’s designed to help not spread chronic wasting disease,” Stroher said. “Once a deer gets this disease, it’s always fatal.”

Stroher said CWD is a neurological disease that is mostly a mystery. He said there is very little known about CWD, so the current strategy of the department is to contain it and collect deer samples.

Stroher said current research suggests the spread of CWD is linked to deers coming in contact with each other.

Stroher said there is no research that shows people can get sick from eating a sick deer.

Stroher also said CWD is similar to other neurological diseases that have infected animals in the past.

Stroher said CWD is a concern among the hunters he has spoken with. He also said working with the community will be the key to eradicating the disease.

"With CWD, it’s a big topic among hunters and the department,” Stroher said. "It’s probably one of our biggest 'hot rocks' of the time. We want to work hand-in-hand with land owners and hunters, and they’ve been very supportive. It’s good teamwork, and what we’re after is one thing: a healthy deer herd."

More information on the ban and mandatory sampling is available on the state department’s website.