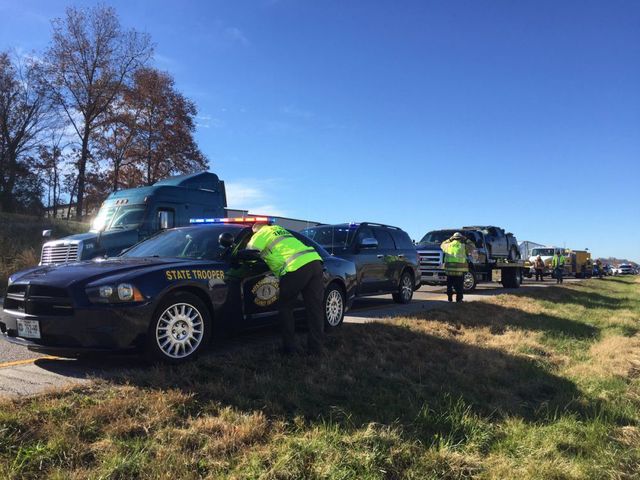 COLUMBIA — A single-car crash left a Fulton woman dead on Interstate 70 near Highway 40 and the Midway Travel Center exit.

The crash happened at 10:36 a.m. Monday morning on the eastbound side of I-70. The Missouri State Highway Patrol has identified the woman as 50-year-old Mary Payne. She was the only person in the vehicle at the time of the crash.

According to a witness, Payne lost control of her vehicle and then over-corrected, causing her car to roll over and hit the highway median. She was ejected from the car, and medics pronounced her dead at the scene.

Gale Blomenkamp with the Boone County Fire Protection District was at the scene and confirmed Payne's death. Several other first responders were on the scene, including state highway troopers and medical responders.

The accident affected both lanes of the highway and one lane heading east and westbound were closed for about an hour and a half.

East and westbound lanes were both reopened after the emergency responders left the scene.