Deaf advocates to advocate for equality at the capitol 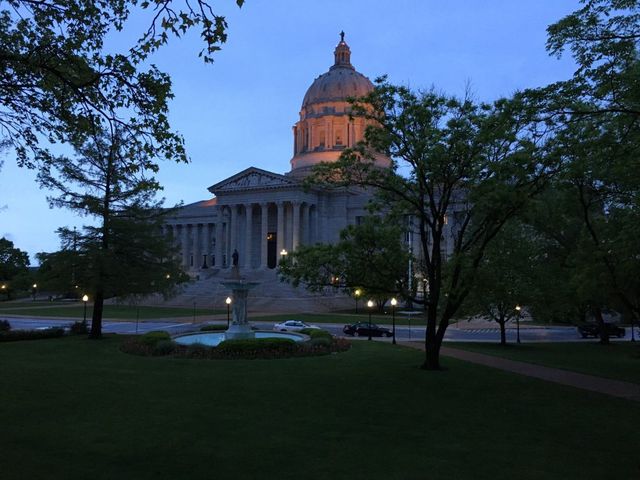 JEFFERSON CITY - People who are Deaf, DeafBlind and Hard of Hearing will have the opportunity to meet their legislators on Wednesday. Advocates from across Missouri will travel to the capitol to push for legislation that would improve the lives of people who have hearing impairments.

The Missouri Commission for the Deaf and Hard of Hearing's executive director, Opeoluwa Sotonwa, said the biggest issues of inequality that people who are Deaf face are accessibility in the workplace and access to interpreters in places like hospitals.

"This commission is very committed and interested in making sure that everyone in the state of Missouri has equal access and they have access to the resources that they need to live independently," Sotonwa said.

He said the Deaf, DeafBlind and Hard of Hearing Legislative Day at the capitol will allow people who usually aren't a part of the lawmaking process to push for equality.

"We wanted other Deaf individuals to have an opportunity to meet their legislators," Sotonwa said. "They're really just there to show that in the state of Missouri this population of individuals needs attention as well."

Presenters will talk to lawmakers about several pieces of legislation. House Bill 903 would provide hearing aids for certain people living below the poverty line.

"There are several Deaf and hard of hearing individuals in the state of Missouri who struggle to get hearing aids and struggle to hear as a result of that, so their family is impacted by this and it also would help these individuals have the opportunity to work as well," Sotonwa said.

Another bill would set up a text to 911 program in Missouri.

"There's several Deaf and hard of hearing people, 600,000 people here in the state of Missouri who are unable to access that because we don't have the technology available," Sotonwa said.

Other bills presenters will advocate for include bills that would promote tracking language development milestones for Deaf children and protections for service dogs.

Sotonwa said hearing people who have Deaf, DeafBlind or Hard of Hearing family members should come to the legislative day too to be advocates.

"With politics, there really is power in numbers," Sotonwa said.