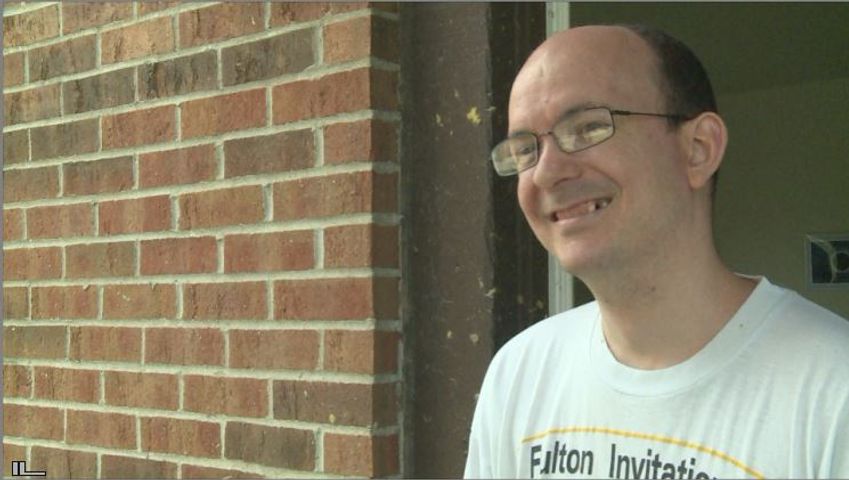 JEFFERSON CITY - One deaf man said he couldn’t hear the tornado sirens when they went off Wednesday night in Jefferson City.

Sean Coatney lives alone with his cat at Hawthorne Park apartments. He said he didn’t know a tornado was coming until his neighbors started to run inside their apartments after watching the storm unfold outside.

He said he then received a text from his mom telling him there was a tornado and to take cover. He got in his bathtub and said he felt strong vibrations as the tornado passed.

"I had no idea. When I touched the tub I felt the tub shaking," Sean said. "It was so strong, like an earthquake."

When he got out, he saw the damage the tornado did to his beloved apartment complex. The fire department has deemed his apartment unsafe because of the extensive damage.

Sean’s brother set up a Gofundme page to raise money for Sean’s expenses to move and fix his car that was also damaged in the storm.

The money will also help buy Sean “life-saving weather awareness equipment” so he knows the next time a dangerous storm is coming. The equipment would alert Sean by flashing bright lights to get his attention.

“I need to be able to know when there is a warning of a tornado,” Sean said. “The one I have now only says watch for a tornado.”

Sean and his mother, Sheila Coatney, spent their Memorial Day packing up Sean’s things to move to his mother’s place until he can find a new home. Sean said he hopes he can move into a different building at Hawthorne Park because he has lived there six years and likes it.

Sheila said she is just glad her son is safe and alive. She said she couldn’t reach him after the storm and didn’t know he was okay until her daughter texted her saying Sean was okay.

“Of course, being a mom, I flew over here literally,” Sheila said.

Sean said he doesn’t know exactly what is next for him. He works part-time at Walmart and said it is difficult to find jobs since he is deaf. He said he hopes he can figure out a way to affordably fix his car and move on without too many changes to his life.

Sheila said no deaf person should have to go through what Sean did and she said she is working to see how she can change it for others.