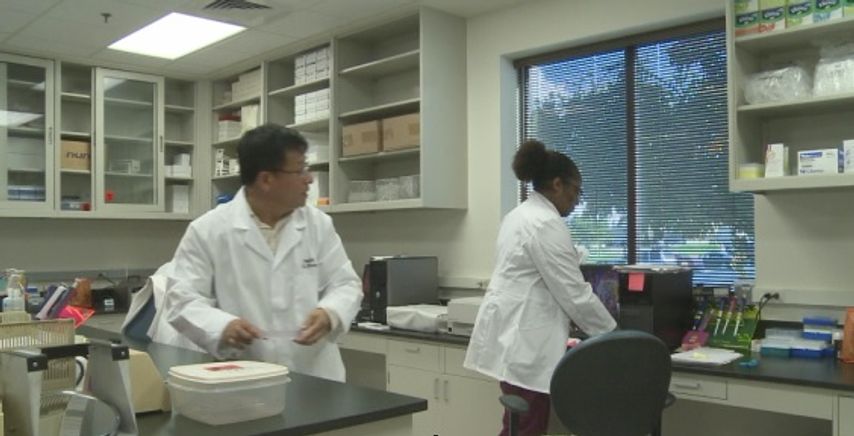 COLUMBIA - An unidentified resident of Pettis County died last week of the West Nile virus. The Pettis County Health Center confirmed the victim was exposed to the virus within the county.

This comes after a report from the Missouri Department of Health and Senior Services that reported the virus has spread statewide.

Michael Zhang, an associate clinical professor at the University of Missouri, has been studying the West Nile virus for more than 10 years.

He believes although the virus has not been reported in Boone County since 2007, that it will never disappear.

"It will remain for a long, long time, as we can see, and how often that cycle will repeat, we don't know," Zhang said.

Zhang said West Nile is mostly seen in the late-summer months and the beginning of fall, and the wet weather Mid-Missouri experienced all summer is a large reason as to why 13 total cases of the virus have been reported in 2015.

Zhang spent nine years in Mississippi studying the virus and its activity in birds, mosquitoes and mammals such as horses.

According to Zhang, activity of West Nile Virus in horses has spiked up over the last several years.

Eight cases of the virus in horses have been recorded this year, with only one in Mid-Missouri, found in Cole County.

He believes when the virus becomes a part of a certain ecosystem, it will act as a circle, and come and go through several years.

Landon Cummins, a Columbia resident and father of four, said the recent death due to the virus has made him worry a little more about the way he takes precaution with his children before going outdoors.

Timmy Vong is also a resident of Columbia who spends most of his time outdoors hiking and biking on trails. He said although there have been cases evident in Missouri, he isn't going to spend any less time outdoors.

"I'm not going to worry until it really hits here in Boone County," Vong said.

Zhang said the best way to stay away from the virus is to use insect repellent and get rid of any places around your home or backyard that have standing water.

West Nile virus is mostly spread by bites from infected mosquitoes but can also be transmitted through transplants of infected organs and blood products.

Approximately 80 percent of people who become infected with West Nile virus will not show any symptoms. Less than one percent will develop the much more serious effects of the virus.

Below: Scientists work in the Veterinary Medical Diagnostic lab at the University of Missouri in Columbia, Missouri on Sept. 16, 2015. VMDL has seven sections, including the serology section testing animal samples, like mosquitoes. Photo: Shuya Zheng.

Below: Michael Zhang prepares the equipment he needs for his experiment in the Veterinary Medical Diagnostic laboratory at the University of Missouri in Columbia, Missouri on Sept. 16, 2015. Zhang has been studying the West Nile virus for more than 10 years. Photo: Shuya Zheng.

Below: Although it is a weekday, many residents go hiking at Capen Park on the Hinkson Creek Trail in Columbia, Missouri on Sept. 16, 2015. Michael Zhang suggested that people should get rid of any places near their homes that have standing water. Photo: Shuya Zheng.

Below: Timmy Vong sits on the cliffside at Capen Park on the Hinkson Creek Trail in Columbia, Missouri on Sept. 16, 2015. Vong said he liked the fresh air and peaceful environment there, so the death due to the West Nile virus wouldn't affect his interest in hiking and biking. Photo: Shuya Zheng.

Below: Landon Cummins takes his family for a walk at Capen Park on the Hinkson Creek Trail in Columbia, Missouri on Sept. 16, 2015. As a father of four, Cummins said he would be more careful when taking his children out because of the death caused by the virus. Photo: Shuya Zheng.