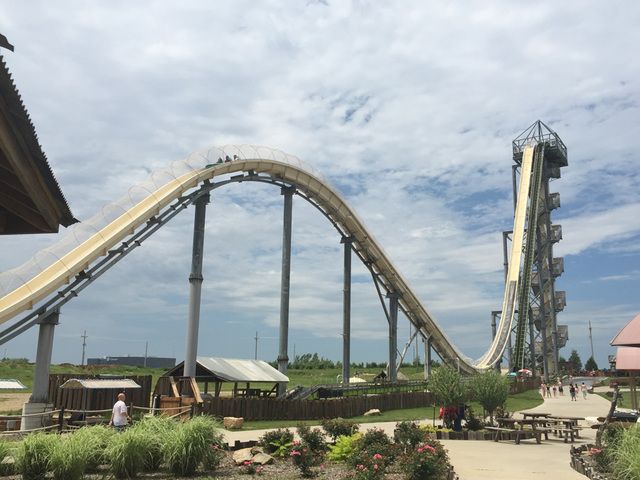 KANSAS CITY, Kan. - The Kansas City community is still in shock, after a 10-year-old died while riding the world's tallest water slide.

Caleb Schwab was on the ride known at Verruckt at the Schlitterbahn Waterpark when he died.

Kansas state police are investigating Schwab's death, and the park has not released details on how he died.

Caleb was the son of Kansas state representative Scott Schwab.

The boy's tragic death has many asking about safety at water parks, especially on slides such as Verruckt, which is 17 stories tall and is German for "insane."

According to CNN, "Consumer Product Safety Commission statistics for 2015 are not available, but a review of the raw data found 45,000 injuries associated with amusement rides and water slides nationwide. About 30,000 of these cases involved those under age 18."

A study done to identify water park injuries related to water slides showed out of 73 patients, 23 (31.5%) were injured on water slides.

The National Center for Biotechnology Information said its final conclusion was that, "in water park injuries, while children have especially head and maxillofacial trauma, extremity and spinal injuries are more frequent in the adult group. Unless sufficient and required safety precautions are maintained during water park activities, fatal injuries may occur."

The regulation for water parks differs for each state. However, Kansas statutes leave it to the state's Department of Labor to adopt rules and regulations relating to certification and inspection of rides, adding that an amusement ride at a permanent location "shall be self-inspected by a qualified inspector at least every 12 months."