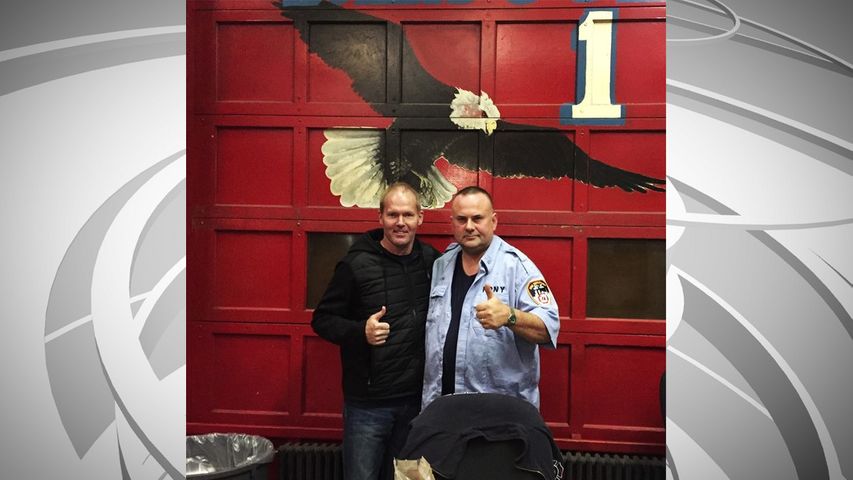 COLUMBIA – Friends and family are remembering a fallen firefighter and working to make sure people know about the cancer risks firefighters face.

“Marc holds a special spot in a lot of guys hearts around here,” Columbia firefighter Tommy Goran said. “He’s the kind of guy you follow into a fire with no questions.”

Wright worked for the Columbia Fire Department for nearly 30 years. Fellow firefighters said his service, big heart and dedication to the city has made an impact on many.

The director of Missouri’s Fire Cancer Society Network, Jeff Strawn, went to high school with Wright and they were close friends ever since. As director of the the network, Strawn said he is dedicated to sharing Wright’s story while educating people about the susceptibility firefighters have to cancer.

According to the National Institution of Safety and Health cancer study, there are higher rates of multiple types of cancer in firefighters compared to the general U.S. population including:

Firefighters are also more likely to be diagnosed with brain cancer, colon cancer and breast cancer.

“There’s not just two or three specific ones, it’s all sorts of cancers that they are being diagnosed with,” Strawn said. “The main reason for that, we believe, is over their 20-30-year career, they encounter so many different carcinogens and different chemicals while doing their job.”

Strawn is specifically focusing on the different prevention strategies firefighters can use.

The two greatest routes for carcinogens to enter the body are through the lungs and through the skin.

That is why Strawn is emphasizing the importance of firefighters keeping their gear away from the fire trucks, wearing their masks and washing contaminated gear.

Strawn said many firefighters like to look like they have been through a lot of fires, which is a problem.

“Firefighters traditionally like to look like they have experience and one of the ways you can do that is my having your gear as dirty and filthy as possible,” he said. “When people see a firefighter like that, in that kind of gear and in that kind of a helmet, it gives them the impression they’ve seen a lot of fire and they’ve been in there and they’ve really fought it.”

Wright was battling lung, liver and lymph node cancer when he passed away. He was diagnosed with colon cancer for the first time in 2014.

So many firefighters have died from cancer, Strawn calls it "staggering."

"We, as an organization, do consider it an epidemic,” said Strawn. “We’re at that level. Firefighters are dying across this country every day unfortunately.”

“The current presumptive legislation does not account for volunteer firefighters, so they aren’t included at all,” Strawn said.

Nationally, roughly 80 percent of firefighters are volunteer, Strawn said. The bill would look at adding all volunteer firefighters into the legislation.

Strawn says the bill would assume the job gave firefighter's the cancer, rather than the firefighters having to go prove it.

Rep. Shane Roden, R-Cedar Hill, is in favor of the bill.

Roden said there hasn't been one firefighter who has successfully filed for workers’ compensation in the past decade. He is hoping the bill would change this.

“It’s unfortunate that it seems to be one of those things that comes with doing the job, but I wonder how many firefighters would have signed up to do it if they would have known they had a higher risk of getting cancer. I’m sure some would have walked away,” Strawn said.

Wright heavily supported the bill before he died. He also was in support of the Fire Cancer Support Network.

In October, hundreds of organizations and people gathered to raise enough money to send Wright on his “dream trip” to New York City.

During the first week of November, Wright was able to visit the 9/11 Memorial and ride along with FDNY’s Rescue-1, two things he had always wanted to do.

Wright had previously told KOMU 8 News the memorial was “a very important place, especially for us in the fire service to pay tribute to all the police and EMS workers and firefighters that lost their lives that day.”

Strawn said he was happy Wright got to live out his dream before he died. Wright donated all of the extra money to the Fire Cancer Support Network, St. Jude’s Hospital and Safety Net of Missouri.

Family and friends said they are hopeful Wright's legacy will be bringing awareness to cancer rates within fire departments all throughout the country.

Wright’s funeral is at 11 a.m. on Wednesday at the Crossing Church.