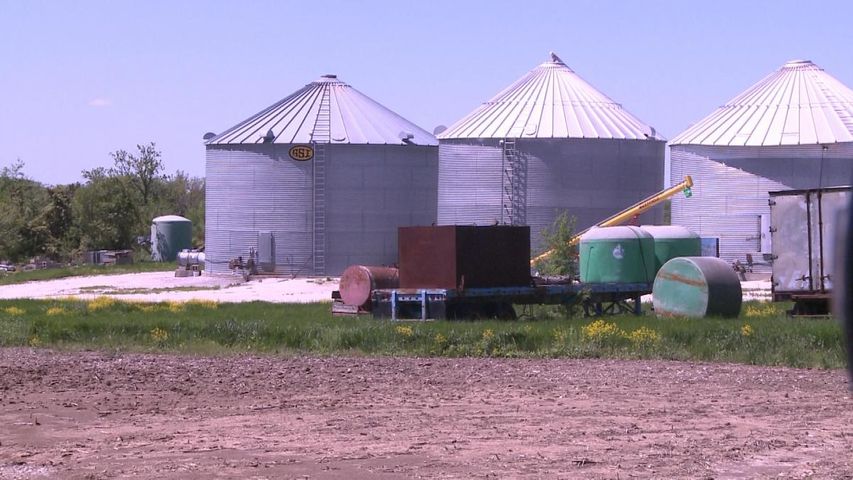 An "Ag Gag" law is instituted to prevent the making of video or audio recordings and photographs that might hurt agricultural industries.

CAFOs are common throughout Missouri, but they remain a source of controversy.

Don Nikodim, Executive Director of the Missouri Pork Association, said CAFOs have an unfair reputation. He said CAFOs are simply farms that have "advanced [their] technology to feed lots of hungry people."

He said animal industry operations like CAFOs are necessary because farmers "can't feed everyone off back yard gardens anymore."

Contrary to many animal rights activisits' claims, former CAFO owner and former president of the Missouri Beef Association Mark Mahnken said most CAFOs in the Missouri beef industry do not promote cruelty to animals.

"The cattlemen that I've seen and I've worked with here in Missouri are the best caretakers of beef in the world. It's to their advantage not to mistreat the animals," Mahnken said.

Mahnken now owns Missouri Legacy Beef, which is a free range operation and not a CAFO. Free range operations allow livestock to roam and graze naturally instead of keeping the animals confined to feedhouses. He said he made the switch because there is a market demand in Columbia for free range meat.

"There are consumers who recognize there's a little bit of a difference between free range beef and a confined animal. I'm not saying one's good and the others bad, but we did it primarly because we feel there's an opportunity for us there in that market place," Mahnken said.

Opponents of CAFOs believe the feedhouses constrict animals and are still inhumane.

"You simply can't handle this many animals in this impersonal of a way before they become inanimate objects," Dr. John Ikerd professor emeritus of Agricultural Economics at MU said. "You disassociate with something as being a living being."

Ikerd believes prohibiting recording with "Ag Gag" bills will prevent the general public from seeing treatment of animals they may not tolerate. He said he sees these bills as possible expressions of fear on the part of industrial agriculture.

One of the main drives to pass "Ag Gag" bills is to protect profitable industrial agriculture business. Nikodim said CAFOs provide good jobs in rural areas and are economically efficient in meeting America's food demands, and therefore need protection. He said these kinds of operations are necessary to keep supermarkets stocked with good-quality, safe meat.

But Ikerd argues industrialized operations like CAFOs may actually reduce the number of rural jobs. He said making these operations economically efficient comes at the price of reductions in the cost of labor.