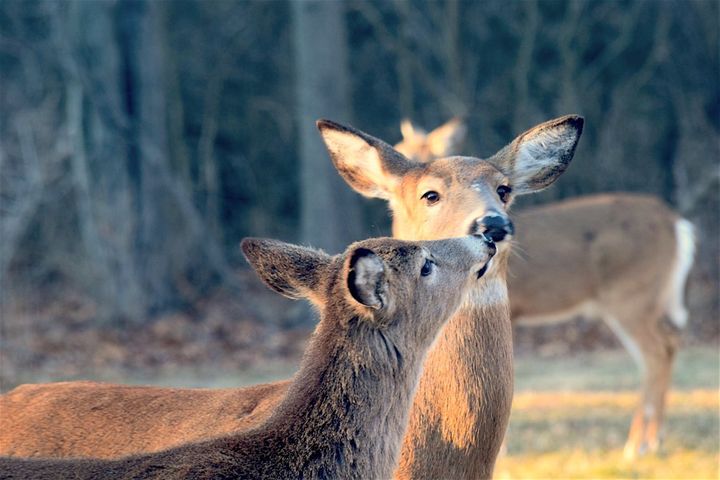 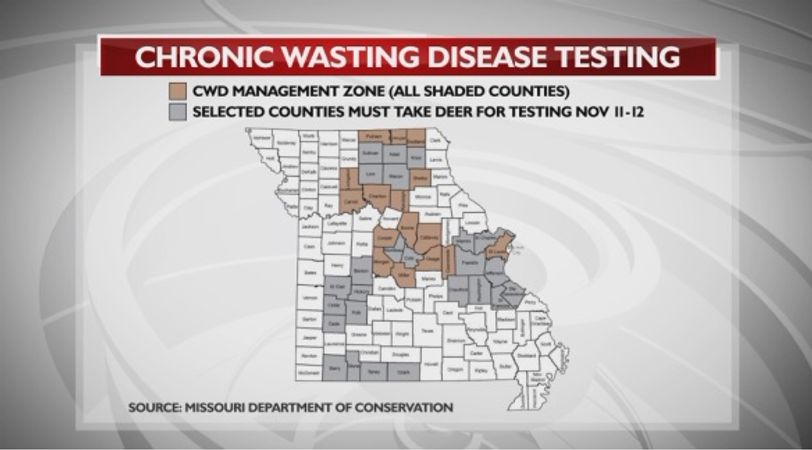 Updated map of the mandatory testing zones within the state of Missouri.

ELDON - Chronic Wasting Disease is a contagious neurological disease primarily found in white tailed deer and elk. The disease is contagious and fatal once contracted.

The first case of Chronic Wasting Disease, (CWD) was discovered in 1967 inside a government owned and operated deer farm in Colorado.

In counties where CWD has been found, the Missouri Department of Conservation conducts mandatory testing on deer harvested during the firearms portion of the deer hunting season.

Last year, the Missouri Department of Conservation, through both mandatory and voluntary testing, examined roughly 26,000 deer. Less than one percent, nine deer to be exact returned CWD positive.

While these numbers seem underwhelming, Media Specialist for the Missouri Department of Conservation, Robert Hemmelgarn says it's important to catch CWD before it spreads further and the testing sites remain instrumental in detecting where CWD has spread.

"It's really important for us to get an idea of how prevalent this disease is across the landscape, no matter how small," Hemmelgarn said. "If we know where it's contained to, we can do everything we can to slow the spread."

Some Missouri deer farmers believe that the Department of Conservation is wasting their time and the taxpayers money.

Manager of White Tail Sales, Bryant Kern in Eldon said the concern over CWD is fabricated by the government, as the disease is not as dangerous as the Department of Conservation claims.

"There are far more threatening diseases to the native deer population," Kern said. "Diseases like epizootic hemorrhagic disease (EHD) can wipe out entire deer herds. Why doesn't conservation focus on these?"

Kern said he believes the reason boils down to competition.

"They really truly are trying to shut our industry down, they have been for years," Kern said. "CWD was first found in a government farm, so why they are pointing the blame at private business owners, rather than at themselves is beyond me."

The Department of Conservation mandates that all captive deer be closely monitored and kept free of CWD. When only a fraction of the entire wild deer population is ever tested.

"They act like we are the cause of this disease," Shafer said. "This disease may have been around for hundreds of years. There is no evidence that supports the belief that the disease originated in deer farms, just because it was first discovered there."

Even still, if CWD is ever found on a deer farm, the government is allowed to step in and wipe out their entire deer population with no compensation necessarily owed to the owner of the farm.

The Missouri Department of Conservation maintains that their primary concern is the health and well-being of the wild deer population.

"Our mission is to slow the spread of this deadly disease," Hemmelgarn said. "We are not trying to put people out of business."

The Department of Conservation will report its findings from this years firearms season CWD testing in the near future.