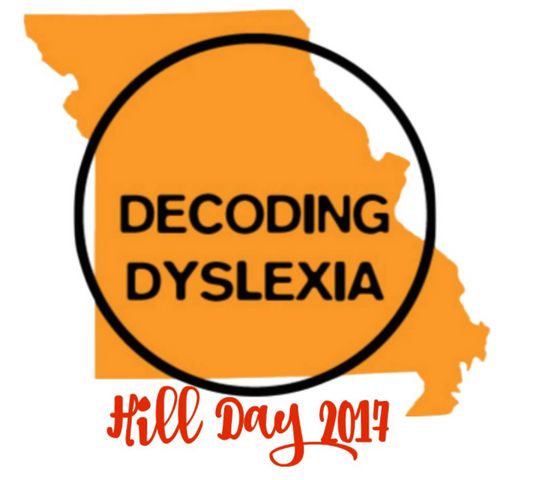 The goal of Decoding Dyslexia Missouri is to raise awareness about dyslexia, a neurological brain disorder, and advocate for public school screenings and training.

Jennifer Edwards, the Decoding Dyslexia co-founder, said one in five children across the United States has dyslexia, but schooling needs are not being met.

“It’s important to help legislatures understand that first of all there is a need,” Edwards said. “Right now there are no specific programs being used by public schools to teach them how to read.”

Edwards has a 6-year-old daughter diagnosed with dyslexia and started the organization after finding there were beneficial programs available.

“My frustration started when I realized there were really good programs that would teach her to read, but no one was using them,” Edwards said. “She could be identified easily in school with the simple screening that wasn’t being conducted.”

In the 2018-19 school year, public schools in Missouri will be required to screen all children for dyslexia.

The new law started the Legislative Task Force for Dyslexia and will require at least two hours of professional development of teachers currently teaching about dyslexia.

A year later, Edwards and members of the organization returned to Jefferson City to let incoming legislators know of the important cause and what they can do to help.

“This year we’re trying to keep awareness up because a lot of future legislation will come from that legislative task force on dyslexia and their recommendations,” Edwards said.

The organization faced a hurdle on Monday, when Governor Eric Greitens cut $44,000 worth of dyslexia funding.

Kelli Unnerstall, a Decoding Dyslexia Missouri member, testified in front of the appropriations committee on Wednesday in favor of dyslexia funding.

“The governor was probably in a really difficult situation, having to choose between lots of great programs to cut, but I think he probably didn’t realize why dyslexia training is so important,” Unnerstall said. “Teachers are not receiving the training they need in the college curriculum, virtually no training for the leading cause of reading failure. They don’t have the tools to be effective teachers, and that training would have helped them be better prepared to teach kids.”

Edwards said she hopes the words of parents across Missouri will help further awareness and future legislation for years to come.

“It’s possible that the below basic reading rate could fall from 38 percent to 6 percent, which is a really wonderful goal to have.”