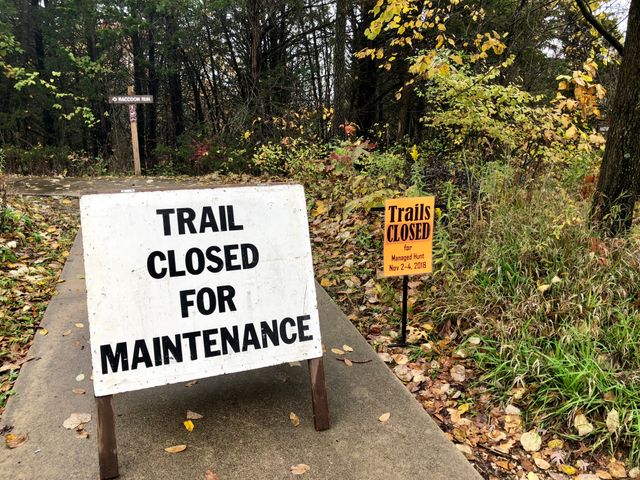 Austin Lambert a naturalist staffing the hunt, said that "Jefferson City, in general, has a fairly decent deer population."

Lambert also said that because Jefferson City is a heavily populated area, residents run into issues with deer being in their yards and on the highway. Maintaining the population through a managed archery hunt keeps the community safer overall according to Lambert.

"We're not biologically overpopulated," Lambert said. "But we try to keep it at a good social level."

Signs blocking trail entrances informed visitors about the closings, but that did not stop some from making a trip to Runge. David Jolly, a visitor all the way from from Nashville, was not aware of the change.

"We were just coming out to enjoy some nature," Jolly said. "But we get here and the trails are not open."

Jolly, instead, made a day of exploring the inside of Runge Nature Center. He said that he didn't know about the issue of overpopulation, and did not realize it was an issue until visiting today.