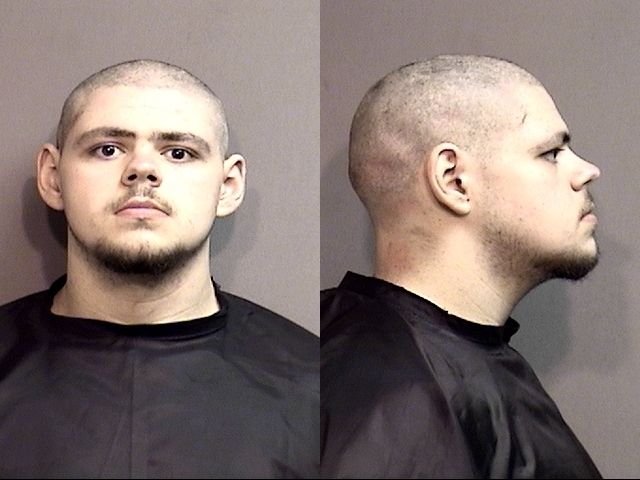 COLUMBIA - The man accused of conspiring to murder his grandparents was found guilty on three of four charges.

Brian Kelley, 20, was found not guilty Thursday on the conspiring to commit murder charge. He was found guilty on the three assault charges he faced.

Kelley took the stand Thursday in the second day of his trial. He said he met alleged co-conspirator Jared Bears, 19, in a psychiatric mental facility around the age of 16. Kelley said the pair played out a lot of dreams they had that made life feel “more interesting.”

“When we were together we lived in more of a fantasy world than a reality,” Kelley testified.

Detective Cody Bounds of the Boone County Cyber Crimes Task Force assisted prosecutors in reading and deciphering screenshots that appeared to be conversations between the two men. While on the stand, Bounds discussed the process of identifying Kelley as the one sending the messages to Bears.

Messages between Kelley and Bears contained conversations about Kelley’s grandfather picking him up from work, gang affiliation and a plan to murder Kelley’s grandparents later that night. Prosecutors argued Kelley had asked for Bears’ help with plotting the murder, choosing which car to steal and how to dispose of the bodies.

Kelley took the stand with a detailed explanation about his actions when he returned home from work. He said most of his time was spent watching YouTube videos and smoking cigarettes.

Kelley said at one point he lost his composure and blacked out. He said when he came back out of it, he found himself hovering over Richard Lewis, his grandfather. Kelley said he was sprayed with wasp spray by both of his grandparents, and his grandmother, Cindy Lewis, called 911.

“12 minutes before the 911 call, you said ‘Gotta give me time bro, I just killed my grandparents,” the prosecutor said while Kelley was on the stand.

In messages between Kelley and a woman, Kelley also claimed he had killed his grandparents, which he said he was ordered to do. The prosecutor read back a conversation to Kelley between him and his mother during his first month in jail. She said Kelley told his mother Bears had brought up the idea of killing his grandparents, and he didn't want to lose him.

When Stephen Wyse, Kelley’s attorney, asked him if his claim was real or fantasy, he said it was a fantasy.

Bears also faces charges for the apparent plot, and is scheduled to stand trial in early January.