Delays expected on I-70 this summer 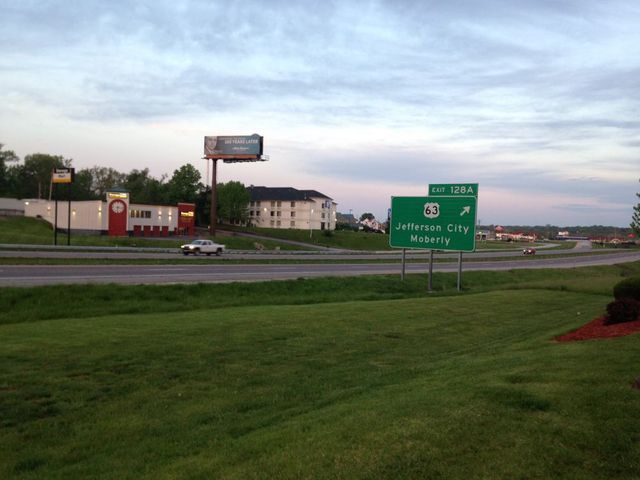 COLUMBIA - More than half of Missouri’s population lives within thirty miles of Interstate 70, yet the interstate connecting St. Louis to Kansas City is falling apart, one MoDOT official said.

"The bottom line is we've done all the preliminary work that needs to be done to do something with I-70, but the funding just isn't there,” said Michael Dusenberg, the project manager for MoDOT’s central office in Jefferson City.

In 2007, the department released a report detailing a $3 billion plan aimed at fixing reoccurring structural issues on I-70. But, due to a major lack of funding, Dusenberg said his crews are forced to be creative in fixing issues that are sometimes out of their control.

Thursday night, MoDOT hosted a public meeting to present an upcoming project that is aimed at fixing one of those issues. This summer, MoDOT will replace approximately 900 feet of pavement between the westbound St. Charles Road ramps on I-70. Dusenberg said the concrete has been giving his crew issues for years.

"It's been band-aid work up to this point, and the work that needs to be done is just a little outside of what our maintenance folks can do," he said. “But it will require lane closures on I-70, which will have some traffic impacts."

Dusenberg said the ground underneath the pavement doesn’t drain correctly, which has resulted in damaged pavement. He said there are three goals MoDOT plans to accomplish during this project:

Dusenberg said while the project could be very inconvenient for people in the area, it’s necessary for public safety.

"It's work that needs to be done it's necessary and we want our workers and motorists to be able to drive home safely and be able to go home to their families safely,” he said.

Drivers can expect other delays this summer on I-70; MoDOT will be replacing three local bridges in order to complete an initiative coined the “Design-Build Project,” which will not be finished until sometime next fall. The three bridges that will be replaced are listed below:

Drivers can also expect delays this summer resulting from an asphalt-replacement project that will affect traffic in all four lanes of I-70. The resurfacing project will be especially focused on the Columbia area.

Dusenberg said these delays are the direct result of an interstate that wasn’t created for the kind of traffic I-70 faces on a daily basis.

"The Interstate, I-70, was built in the 50's, and it wasn't designed to hold up to the types of traffic and the truck volumes we have now, and so we spend a lot of money as a department, statewide, to maintain Interstate 70.”