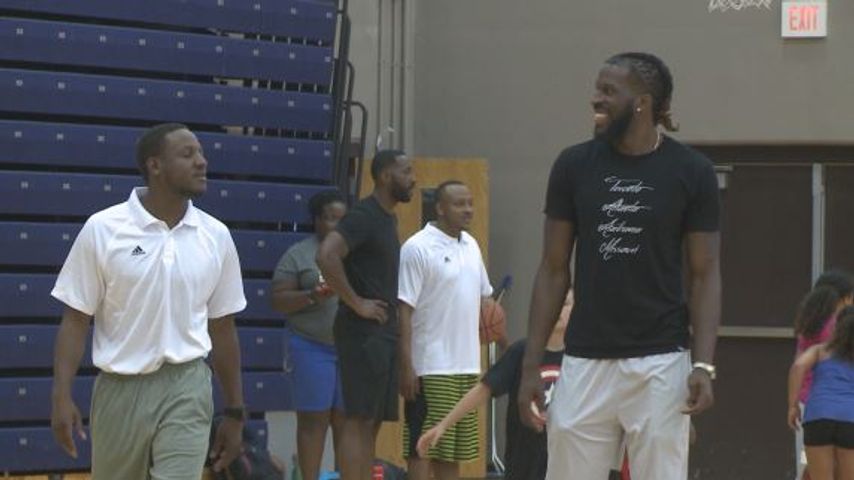 COLUMBIA - Former Missouri basketball player DeMarre Carroll describes his basketball camp as "gritty" and "grimy," which is fitting considering his nickname is "The Junkyard Dog."

"We really pay attention to the kids," Carroll said. "We try to split them up in a lot of stations, do a lot of one-on-one things, and I feel like that's the difference."

Carroll makes it a point to come back to Columbia for his basketball camp every year.

"Most guys in the NBA, they go to camps every so often. But I come everyday and I show up," Carroll said.

"He plays in the NBA so [he doesn't] really have a lot of free time," Jackson said. "He's willing to put his time in, come back year after year for the community."

"He's sponsoring an AAU team here to get basketball going even bigger here in Columbia, so he's dedicating his money and time to get that going," Jackson said.

According to Carroll, he will expand his AAU team "Team Carroll" from one Columbia team to three teams in the future.

He said the Columbia community makes him feel at home whenever he visits, which is why he gives back to it.

"I'm a Mizzou alumni, and I bleed gold and black, and I always try to come back because this is my home," Carroll said. "This is my home away from home, so I feel like every time I come back people are welcoming me with open arms."