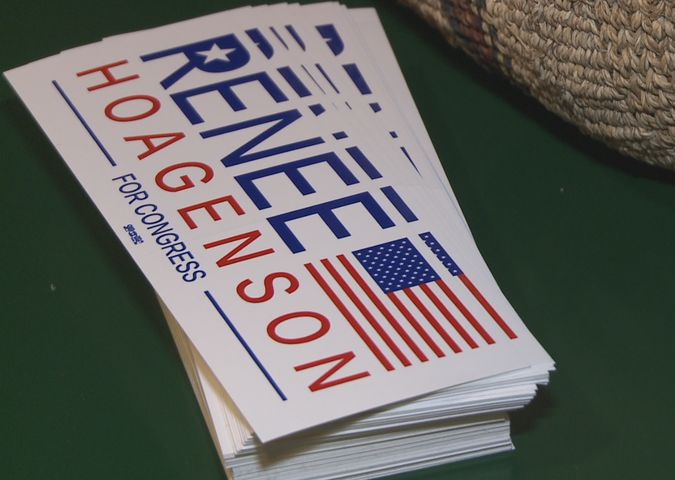 "Since the 90s, the rates of uninsured children have been cut in half," she said. "This Congress could not fund CHIP from September 30th, but they could ram a tax reform through at the speed of light that is very bad for the American people."

Healthcare is one of the biggest issues on Hoagenson's platform, and she said she hosted the event tonight to inform people about the issue.

"CHIP is very important, there are 18 million  kids nationwide that are on CHIP." Hoagenson said. "In my opinion, all of our citizens deserve basic healthcare. We would no longer need CHIP if everybody had basic care available."

Another emphasis is cleaning up politics in DC. Hoagenson said she wants to level the playing field with campaign finance reform that gets money out of elections. She said her lobbying reform would be so strict that a representative couldn't even accept a cup of coffee.