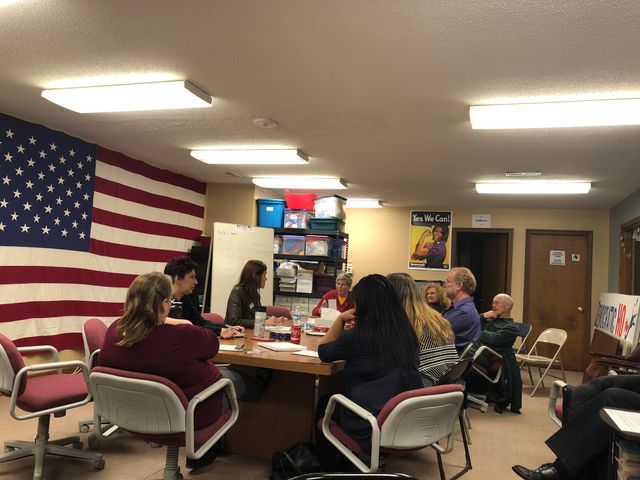 Her main points she plans to cover in her platform are making health care affordable for everyone, wages, and public education enhancement in rural Missouri.

"We have a wage disparity problem," Hoagenson said. "We need to get back to a time where people can make a satisfying living with 40 hours a week."

Hoagenson said she plans to have several more town halls to reach the people.

"I want to know what issues are important to the people," she said. "I want to include more and more people. Everybody from every political ideology is welcome."

She is running against Missouri 4th District Congresswoman Vicky Hartzler who was first elected to congress in 2010.

One attendee said pointing out the wrongs of the opponent will help the campaign.

"We need to list out all the bills that Hartzler has voted against to make it transparent," they said.

Hoagenson said the biggest challenge will be raising money.

"I think that she [Hartzler] will out raise me, she has more money than I have. She has special donors, and if you look at how she votes, she typically votes against the people of Missouri because she is beholden to her big donors."

She said the help of grassroot support is a big contribution to her campaign.

"I'm actually interested in what the voters feel and think."

Hoagenson's next town hall will be on December 30 in Lebanon.

Hartzler's office did not respond to a request for comment.