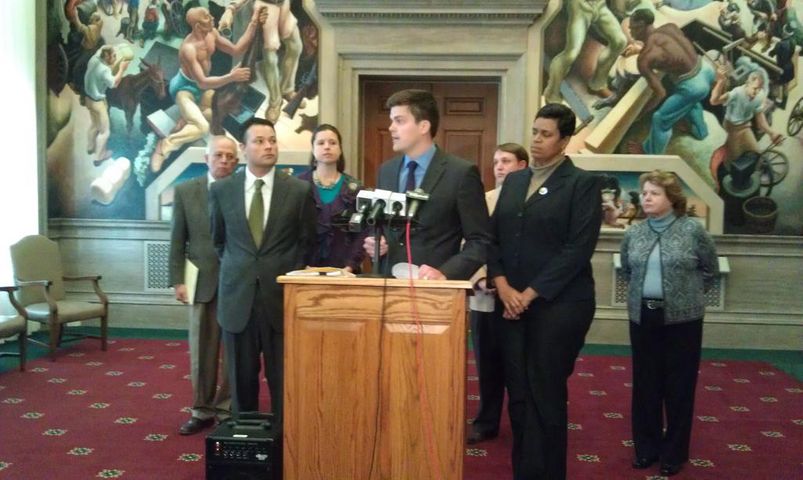 JEFFERSON CITY - Democratic lawmakers are already trying to gain support for a bill that would reform campaign financing, even though the legislative session is more than a month away.

The Democratic Caucus gathered for a news conference Tuesday to spread the word about the proposed bill which would require not-for-profit organizations to disclose donors. It would also prohibit campaign contributions from being invested in anything other than interest bearing checking and savings accounts.

Democrats are the minority in the House of Representatives and are urging the majority party to make this bipartisan issue a top priority.

"Over the last few years we have had little to no movement in ethics reform. I think that if you look at recent events I think that it's something that has a lot of support among the public," House Minority Leader Rep. Jake Hummel D-St. Louis said.

However, one Republican lawmaker said the focus will likely be on other issues.

"Normally education issues are a point of contention. I think that, my hope is anyway, that we will be able to reach some common ground," Rep. Bill Lant R-Joplin said, "There is some things that I think that are imperative that we do for the children of the state of Missouri and we need to set aside our differences and get those things done."

The official Republican caucus meeting will be held within the next few weeks.