Demolition proposal gets hundreds of neighbors to act 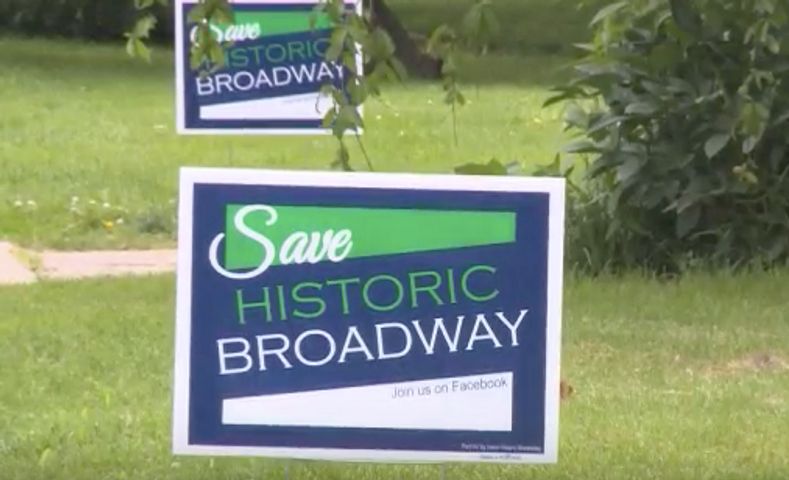 COLUMBIA - A group that calls themself "Save Historic Broadway" is coming together in order to put a stop to a proposed business idea that would demolish three 100-year-old houses.

Dr. Mohammed Jabrou owns the three houses and wants to tear them down to build 2 office buildings and a parking lot.

All of the houses are currently occupied by tenants.

Save Historic Broadway has been meeting with Dr. Jabrou, SSE Engineering and Mr Real Estate LLC. to introduce the proposal and discuss the community's thoughts and ideas on the project.

Louis Wilson, a member of the Historic Broadway Neighborhood Association, said the houses up for demolition are considered the gateway of the historic street.

"I'd be hardpressed to have found a single soul from these neighborhoods I've been describing, who is in support of tearing down the houses... for any reason," Wilson said.

The houses are located on the corner of West Broadway and West Boulevard, they were built in the early 1900's and two of them are registered historic with the National Park Service.

Kay Carter and Christopher Hutton who are tenants in two of the houses, said they learned about the proposal from neighbors who were concerned. They have not received any information from their landlord.

"We sort of found out circuitously actually. The first way we found out was a buddy texted me and was like yeah your house is on the news," Hutton said.

Carter said she read her lease and if the proposal does get approved she would only have 60 days to move out. She said she doesn't think this is enough time.

KOMU 8 News reached out to Dr. Jabrou, the engineers and the real estate firm numerous times, but did not hear back for an interview.

Keenan Simon of SSE engineering replied via email saying "There isn’t much to speak about, we had 2 meetings with neighbors to receive input on possibly redeveloping the property. We haven’t submitted anything to city. We are evaluating direction in which we want to proceed".

The group plans on continuing to meet with the project developers to stay updated and vocal.