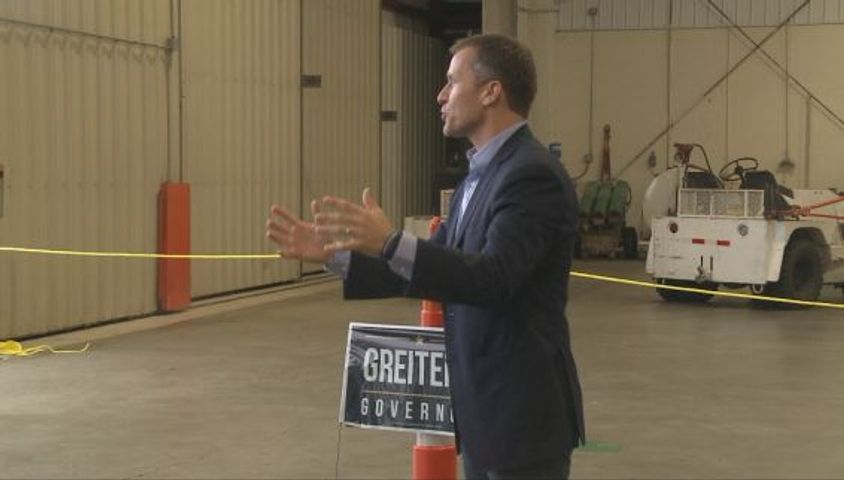 JEFFERSON CITY - The Missouri Democratic Party would like the Social Security and Exchange Commission to investigate Republican gubernatorial candidate Eric Greitens and whether some donations to him violate 'pay to play" laws. But Republicans said Democratic candidate Chris Koster had his own pay to play scandal.

Democrats said at issues in the Greitens campaign is dark money - election funding from groups from which politicians don't need to disclose donations.

Democratic Party Chairman Roy Temple offered a list of accusations saying: Financial firms were skirting pay to play laws to influence the election; Greitens took two million in dark money from a group known as Seals for Truth; Greitens has deep ties to Wall Street through The Mission Continues; used his charity top donor list to launch his campaign; and has taken millions from Wall Street and the financial industry.

Temple said Greitens is going to great lengths to hide the source of donations.

“It's either from someone Greitens should be deeply ashamed of taking money from, or it’s from a source that would be prohibited by other relevant law," Temple said.

He said the SECs Pay to Play rule "prohibits doing indirectly through other entities what you can’t do directly."

"So today, we’re asking the SEC to investigate whether this dark money contribution to Eric Greitens came from a source prohibited under pay to play rule," Temple said.

Temple said Greitens is even trying to change the pay to play rules.

“Reports now indicate that there are financial firms trying to skirt pay to play rules in this election, and we know Greitens has deep ties to that sector," Temple said.

"The New York Times caught Chris Koster in a massive pay-to-play scandal. He was exposed as one of the most corrupt Attorney Generals in America. Today's laughable press conference by the Missouri Democratic Party chairman is just a feeble attempt to try to steer attention away from Koster’s proven history of corruption, his close ties to Hillary Clinton who just gave him $500k, and his failed 22 year career in politics. It is too little, too late," Chambers said.

The Missouri Democratic Party will send a letter to the SEC within the next day to request an investigation into potential pay to play violations.

Gov. Parson will not appeal ruling for abortion clinic