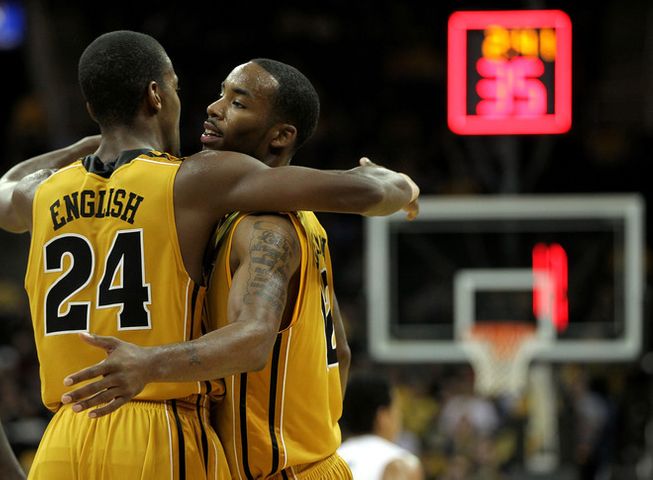 NEW YORK (AP) - Marcus Denmon had his second straight strong game from 3-point range, this time making six and scoring 28 points in No. 10 Missouri's 81-71 victory over Villanova in the Jimmy V Classic at Madison Square Garden on Tuesday night.

The 6-foot-3 senior guard made seven 3-pointers while scoring a career-high 31 points in the Tigers' last game against Northwestern State. He came into the game averaging 20.6 points and 3.3 3-pointers. On Tuesday, he was 6 of 10 from 3-point range, making all three attempts in the first 7:41 of the second half when Missouri (8-0) opened a 16-point lead.

Ricardo Ratliffe added 17 points and 11 rebounds for the Tigers, who last started a season with eight straight wins in 2006-07. Kim English had 15 points for Missouri, which cracked the top 10 this week in its first season under coach Frank Haith. Phil Pressey set a new career record with 12 assists.

The Tigers will host Navy in Columbia on Saturday and look to improve to 9-0.