Denmon Successful in Scrimmage Against China 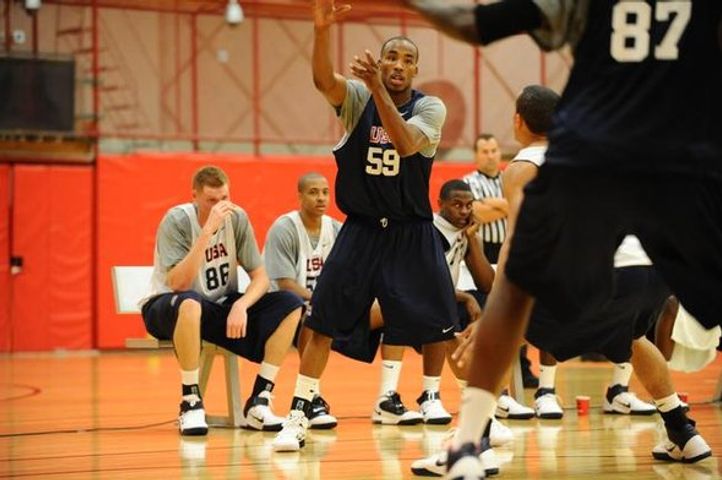 COLUMBIA - Missouri star Marcus Denmon scored 10 points to help Team USA to a 96-56 win over Japan in a friendly 30 minute scrimmage in Shenzhen, China, on Wednesday. The shortened scrimmage served as a tune up for both countries before beginning pool play on August 13.

"Well, I think we feel good. We went out and played after a long trip, and I thought we adjusted after a few times up and down. As a team, mentally we were ready. Coach Painter has done a good job of getting us ready and showing us what to expect. I think we are ready to compete for a gold medal," said Denmon.

Team USA will have its first full-scale scrimmage Thursday morning at 6:30 a.m. CT vs. New Century of the Chinese Basketball Association. That game will be played in Huizhou, China.

"We played with some early jitters," Denmon said, "I feel we did some things well, but there are always things we can improve on. We'll get back to those things we need to improve on and we'll build on the things we did well."

Below are some thoughts from Marcus Denmon on his trip thus far, including a 30 hour travel day(s) from Colorado Springs to China.