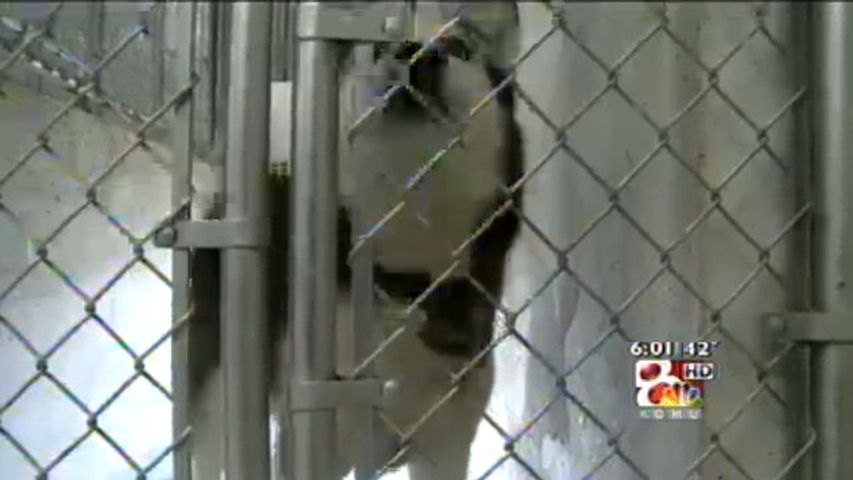 ELDON - The Department of Agriculture began investigating the Eldon Animal Shelter on Wednesday, according to the city's mayor Ron Bly. The investigation stems from allegations that two Eldon police officers abused two dogs at the city animal shelter. The allegations began swirling earlier this week online from animal rights groups. Posts allege that two officers forced apart two dogs that were mating causing severe injuries to both dogs and forcing them both to be euthanized.

The allegations came to a tipping point Tuesday night when animal rights supporters crammed into the Eldon Board of Aldermen's meeting. The group was there not only because of the allegations of abuse, but because of a proposed change to the city's euthanasia policy. The aldermen tabled the proposed change Tuesday night and requested the animal shelter become a "no-kill" shelter until further notice and the board can overhaul parts of the city ordinance that regulates the animal shelter. That's welcome news for a woman who runs an animal rescue in Eldon.

"The aldermen declared the shelter a no-kill shelter until they can get some structure to it," said Rene Ward of Friends of Animals. "So I think until then we can continue to help get the animals out and into good forever homes."

Mayor Bly told KOMU 8 News Wednesday that the board is waiting to see the results of the Agriculture Department's investigation before moving forward with new plans for the shelter. Bly said those allegations of abuse are "completely false" and "totally ridiculous." Bly also said as soon as the investigation is complete he will release the findings to the public. He said the allegations got out of hand quickly.

"I have hundreds of emails on this," said Bly. "And some of them make threats to our police officers."