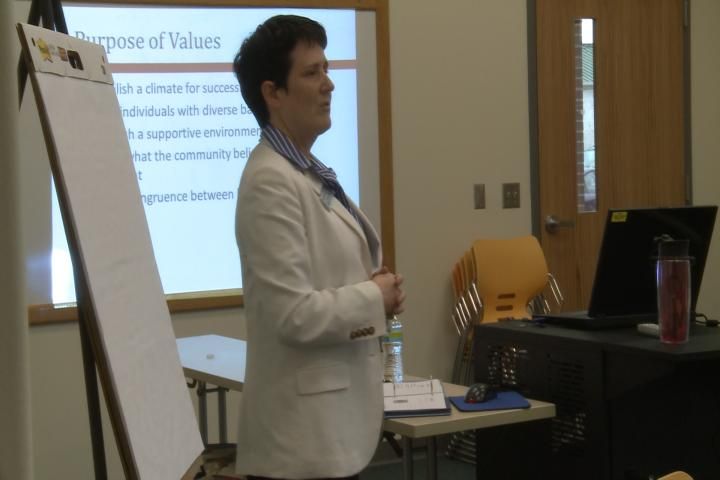 ASHLAND -- The Columbia/Boone County Department of Public Health and Human Services held its first ever community meeting Tuesday in Ashland.

"We're partnering with the health department on other parts of the grant," Grabner said.

Department Assistant Director Scott Clardy said the department wants to know what is important to the community about the local public health system.

"That will assist us in a process that the Health Department itself is undergoing to gain national accreditation," Clardy said.

The plan would look at the quality of life in neighborhoods, access to health care and other factors, rather than the number of people with diabetes, heart disease, and other diseases.

"My understanding is they're doing these community meetings here in Southern Boone, one in Northern Boone, and then several throughout Columbia," Grabner said, "and then they'll bring the feedback from those meetings together and kind of help form a really comprehensive vision and mission and kind of a picture for how citizens want all of Boone County to be, in terms of health."

The meeting between the department and Southern Boone Learning Garden brought in many community members including Ashland residents, students, MU employees and interns.

"I know there's a lot of planning steps," Grabner said. "Then they'll do a lot of surveys and focus groups and then kind of implement a plan of action after that."

There will be two more meetings this month. Grabner said they are looking to have more in December.