Deputies Searching for Suspect Who Ran Truck into Home 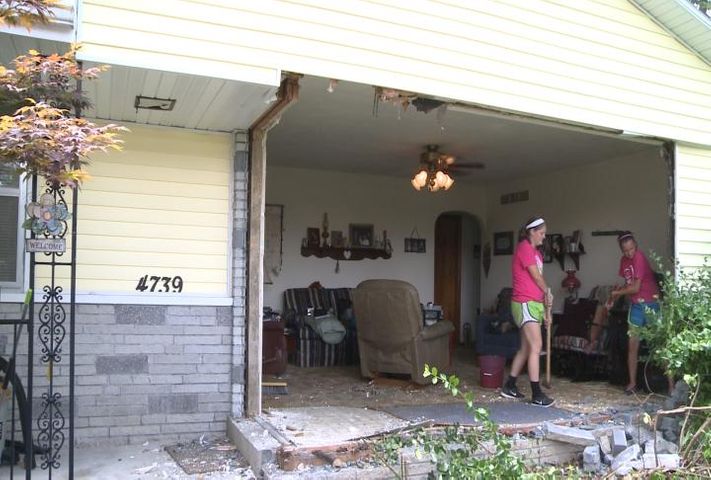 JEFFERSON CITY - Cole County Sheriff's deputies were searching for a suspect Wednesday who they said ran a truck into someone's home early Wednesday. Deputies were dispatched to the 4700 block of Henwick Lane just after 3 a.m. in response to a call of a vehicle running into a house then fleeing the scene.

KOMU 8 News spoke to one of the homeowners and he said he a red pick up truck drove through his living room while he was inside. James Roger, homeowner, said he heard a car skidding down the street when he was in his living room. Moments later, the truck drove across Roger's lawn and into his home.

Rogers and his wife were not  injured, but the front door of the house was caved in as well. The suspect's vehicle is described as a big red pick-up truck, possibly a Ford or Dodge. The truck likely has major front end damage.

Authorities discovered debris near Business 50 and Route T but they didn't find the truck.

Crimstoppers is offering a $500 reward for information leading to the arrest of the suspect. Anyone with information is asked to call the Cole County Sheriff's Department at (573)-634-9160, or (573)-659-TIPS to remain anonymous.