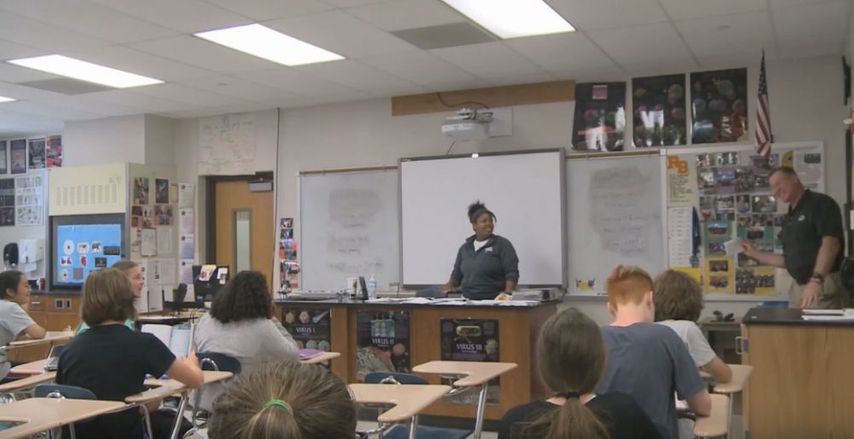 JEFFERSON CITY - In 2009, the State Board of Education launched a plan with the aim of ranking Missouri’s student achievement among the top ten performing states by 2020. Today, the Department of Education and Secondary Education (DESE) remains committed to the Top 10 by 20 plan, even though its chances of achieving that rank in four years are slim.

Commissioner of Education Margie Vandeven said the goal of the plan is ensuring that all kids in Missouri rank amongst the best. “I think in any kind of state organization or any entity you really want to have a vision, have a focus,” Vendeven said about the ten-year plan. “We want to make sure all kids have options to be successful.”

Top 10 by 20 consists of three main goals and an internal fourth goal. The 2015-2016 fiscal year plan outlines strategies and actions for each goal, focusing on, “leadership, collaborative culture and climate, teaching/learning practices, assessments to inform teaching and learning, effective use of data, and parental and/or community engagement.”

To measure academic achievement, Vandeven said the department looks at outputs, like the National Assessment on Academic Progress (NAPS) scores, and performance metrics such as graduate and attendance rates.

Goal one: All Missouri students will graduate college and career ready.

Top 10 by 20’s latest metrics show that Missouri has succeeded in making the top ten states for four-year graduation rate, rising from 78.6 percent to 87.3 percent from 2011 to 2014. Also, the percentage of Missouri students meeting or exceeding state standards has continually risen since the plan launched.

Vandeven said DESE is working with schools to prepare students for post-secondary school life. “There’s been significant shifts in looking at how we implement internships and programs that have real career emphasis on work-business relationships with schools,” Vandeven said.

However, NAEP data in Top 10 by 20's dashboard reveals Missouri trails behind other states in percentage of students scoring proficient or advanced on fourth and eighth grade reading and math examinations.

Goal two: All Missouri children will enter kindergarten prepared to be successful in school.

Vandeven said she would like to see more progress in early learning initiatives under Top 10 by 20, but it would require additional funding. “There’s been some movement in legislation that has assisted with some of that, but we still have some ways to go,” Vandeven said.

DESE has seen significant progress within this goal, according to Vandeven, and establishing effective teachers is the department’s primary goal. “In the last year or two our focus has really been on how do we ensure that every kid has access to a great teacher?” Vandeven said. “If you look at the school level factor, the number one impact is having a great teacher.”

To become a more efficient department, Vandeven said this year DESE has focused on creating user-friendly data systems and tools that are more accessible to parents, families, and the general public. “We don’t talk about this goal as much because it’s an internal metric,” Vandeven said.

Harrisburg resident Rachel Howell had no idea what Top 10 by 20 stood for, let alone that it’s an educational plan that exists. As a mother of three boys about to enter first, fourth, and fifth grade respectively, she said the fact that she had not heard about the long-term initiative before makes her doubt its effectiveness.

“We’re pretty involved in the school, and have pretty close communication with out kids’ teachers, so I’m not sure, I haven’t heard about it from teachers at this point, yet,” Howell said. “For me as a parent, to not even know that this something that the state is striving for, what does that really say about their efforts in making this happen?”

DESE has received mixed public feedback to the plan, and Commissioner Vandeven acknowledged that Top 10 by 20 struggles from lack of recognition. “I think our biggest, biggest piece is just awareness,” Vandeven said.

DESE has had to work around multiple shifts in assessment due to past legislation. For example, legislation passed last year requires all grade 11 students to take the ACT, funded by the state of Missouri. “That’s an exciting move, but it certainly broadened the pool of test takers… so you’ll see some changes in that metric,” Vandeven said.

In response to these changes, Vandeven said DESE is changing its standards too. “As we move forward I think these will be good moves, but they did slow us down a bit,” Vandeven said. “By changing the metrics you’re changing the system.”

Skeptics of the plan say the emphasis on unrealistic goal achievement downplays the value of the academic learning process.

“I don’t think putting a student’s education into the form of a competition will benefit anybody,” Howell said. “My family happens to be very fortunate in being in a school distract that works with our kids really well, and clearly not everybody in the state has that privilege or that opportunity.”

“We’ve found that more people are more excited about the goals of the plan than this ranking component, and we’re good with that because that’s where we’ve been focusing our energy,” Vandeven said in response to public criticism of the Top 10 by 20’s mission. “You can always change the plan just don’t lose sight of the goal, and for us, the goal is that all children graduate ready to be successful.”

“We certainly can’t meet our goals without making progress, so the question is, are we able to move fast enough?” Vandeven said. “If you look at the dashboard you see that we’re making some progress, but a lot of times other states are improving faster.”

Debbie McDonough, an English teacher at Rock Bridge High School in Columbia, said she thinks Top 10 by 20 is a lofty goal, but an attainable one. She has a message for the naysayers who disapprove of the plan because they think its goal is unrealistic.

“That’s like telling my students when they walk in the classroom, ‘you’re going to find a lot of things in here very difficult, and you’re probably not going to do well at it, and you probably won’t make it,” McDonough said. “That’s not the nature of a teacher.”

What happens if Top 10 by 20 raises MO test scores, but fails to crack the top ten states?

McDonough said she thinks the public would respond positively if Missouri raises scores, even if the state does not manage to rank in the top 10 for student achievement by the 2020 deadline. She said she believes there is more to success than national test scores.

Even if DESE is unable to meet its original metric goal, “you never lose sight of that goal of ensuring that all kids matter, and we’ll continue to move towards that goal, Vandeven said. “When we get to 2020 we’ll have to evaluate where we are at that time and continue to focus on what it is that needs to be done in our state. Our kids deserve it.”

What is next for DESE as it continues to carry out its comment to the plan's goals?

According to Vandeven, DESE will continue to focus its attention on developing effective teachers and leaders, securing their success. “We’ve been working with teacher preparation programs to ensure that we’re attracting the best and the brightest to the education field,” Vandeven said.

DESE has been spending a lot of time on teacher equity, and will continue to do so. “Every kid deserves a great teacher… we know that that’s a struggle for some areas right now, so what can we do to better attract, to better incentivize, put good policies in place, that we can ensure that we have equitable access to great teachers,” Vandeven said. DESE has also been developing an educator evaluation system, focused on student learning.

Lastly, Vandeven said that DESE will work with state superintendents to prepare a draft of the sixth and latest version of the Missouri School Improvement Plan (MSIP-6) in the next few months. “I think you’ll be hearing more about what makes a great school, and how do we measure that,” Vandeven said. “We are still a long way from saying we’re absolutely successful… it’s always about continuous improvement.”