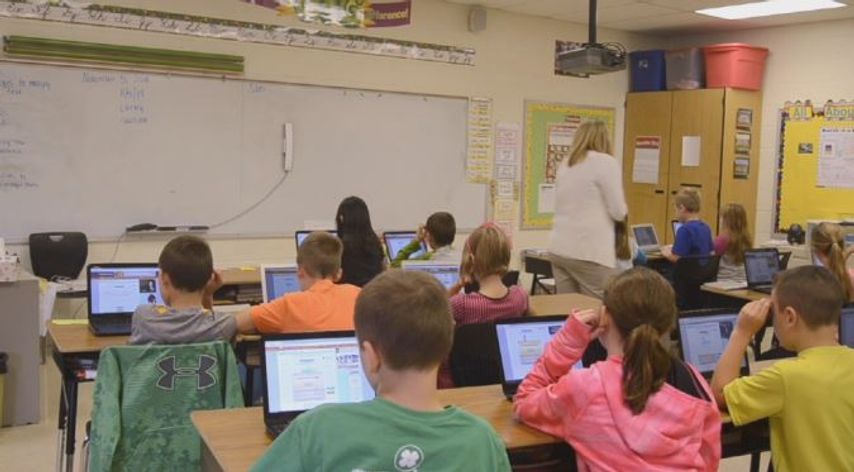 JEFFERSON CITY - As Missouri schools get ready to kick off another school year, the Missouri Department of Elementary and Secondary Education is managing expectations before Missouri Assessment Program (MAP) reults are released Tuesday.

The organization said the results of these tests will be much different than previous years, because the department increased the standards for math and English across the board.

Children in third and fourth grade, for example, were tested on rounding in the math section, which DESE said was not in previous tests.

Upper-level elementary students were also tested on algebra rather than just arithmetic in spring, which the department said would likely cause math scores to drop.

This was also the first time elementary school students took the test online, which DESE says will continue to be the standard.

Sarah Potter, the communications coordinator at DESE, said this year's test should not be compared to last year's and parents should not worry if they see a drop in their childrens' MAP test scores.

"Parents may see different results than they've seen in the past. I don't think it should concern them," Potter said. "Again, it's just a new baseline, so it's a good accurate measure of how they are doing but it may look a little different, but that's ok. We're just going to keep going from here with the data that we have this year."

Potter said the goal of changing the test was to have a standard that can be compared to other states, as well as increase science and math achievement in schools.

"Mirroring the rest of the country, the STEM areas are where we struggle," Potter said. "We struggle in math and those sorts of things.That's something we've known for a long time and we're trying to beef up some of those STEM areas in our district to improve that."