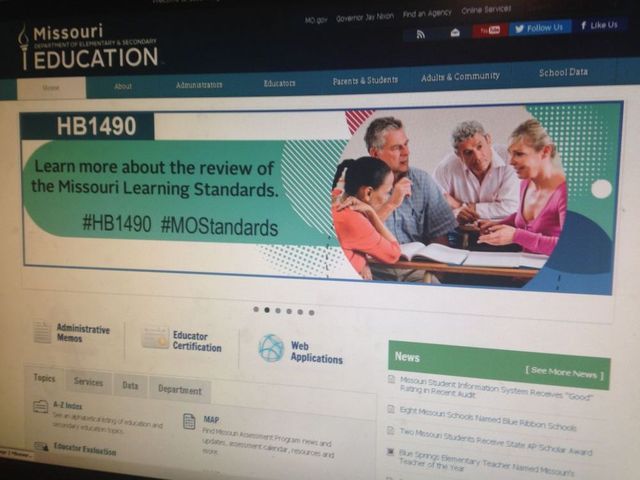 "And if you think about it, this is a significant amount of information that is maintained on students and their families," said Missouri State Auditor Nicole Galloway.

DESE's system, Missouri Student Information System (MOSIS), received a "good" rating in the audit. However, the system includes records for about 900,000 current students as well as 520,000 students that have already graduated from Missouri K-12 public and charter schools since the system was institued in 2008.

"For DESE, that means only collecting and maintaining information that is absolutely necessary for them to meet their mission," she said.

DESE is working with the state auditor to correct and implement the policies and issues that the auditor found.

"Because of this audit, DESE will remove unneeded, sensitive data from their system and only collect social security numbers and other personal identifiable information when its need for their mission or for a specific business purpose," Galloway said.

Communications Coordinator Sarah Potter is happy with the "good" rating, and is working to improve the system as a whole, even with the data from the students that have already graduated.

"Some of that data that we collect, lets us know how well our K-12 programs are doing," said

Potter first said to us that the reason for collecting the social security numbers are for programs such as the A+ scholarship program.

However, that program is considered to be a part of higher education. DESE works only with K-12 students.

Potter said parents should not be concerned with the information in the system as the system is managed well.