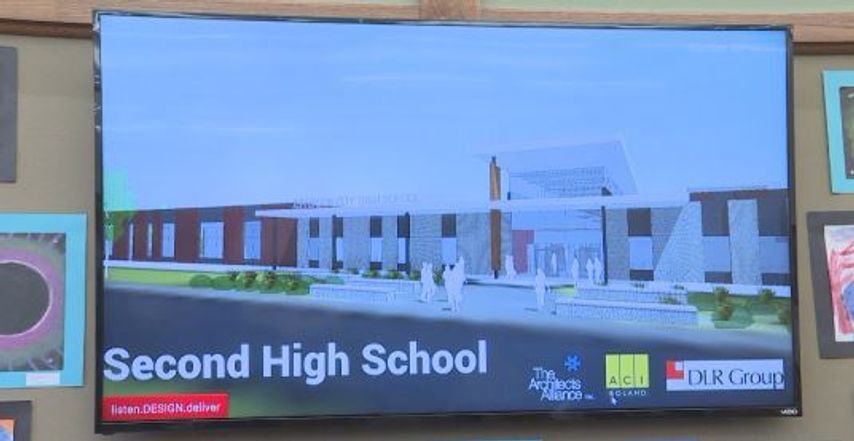 JEFFERSON CITY – Jefferson City Public Schools took another step towards its new high school, as the Board of Education saw design plans earlier this week.

In April, voters approved Proposition J and Proposition C, which approved of the renovation of the current Jefferson City High school and the Nichols Career Center and the construction of a new high school. The bond issue totaled at $130 million.

“The community determined, I believe, that it was time,” Superintendent Larry Linthacum said. “That we were out of space and that we believed in giving kids more opportunities through a second high school.”

The second high school will have three levels, two gymnasiums and other facilities. It will be built to hold 1,500 students with the potential to expand to as many as 1,800.

“They are the same in terms or programmatic areas, classes offered, programs offered, they are the same in what they have,” said architect Cary Gampher from Architect Alliance, one of the leading groups working on the school design. “The only difference is the current high school has the Nichols Career Center as well.”

There is currently no name for the new facility.

"We believe that we are stronger together and we invite folks to be part of the solution," Linthacum said. "Join us as we move forward to address the problems that we have to provide a better tomorrow for our students."

Linthacum said the district plans on opening the new school in August 2019.