Despite rain, 'Drug Take Back Day' brings in hundreds of prescription drugs 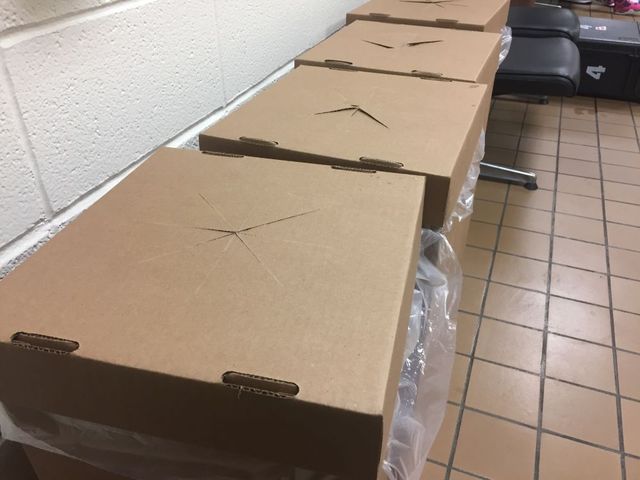 The annual Drug Take Back Day, sponsored by the DEA, took place April 28 and 29 this year. There were 420 different agencies in Missouri and the surrounding area collecting unused prescription drugs.

Denise Colvin said she keeps an eye out for the 'take back' days and says she has been bringing in her unused drugs in for years.

"I save up all my prescriptions and then some to drop off on these days, it's a great program," she said.

Sgt. Lenart with the Jefferson City Police Department said by disposing of the medication properly it can not only prevent potential drug abuse, but also help the environment.

"It's not safe for the environment to just dump them into the trash. It gets into the ground water and there's a lot of environmental factors to take into account," Lenart said.

When dropping off your unused drugs everything is anonymous and no questions are asked.

"It's an anonymous program so if you're name's on the pill bottle we don't look at it we set them in the bin then send it to the DEA. We don't look at it, it doesn't get reported — there's no database. It's 100 percent anonymous," Lenart said.

Lenart said they do not take liquid medication or needles. He recommends checking with the DEA on your best options to dispose of those.