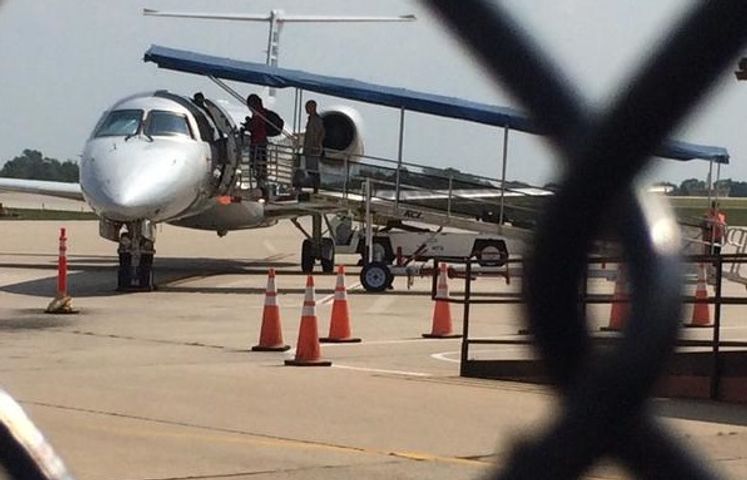 Cecil said the increase is largely due to a larger plane being used on the flight from Columbia to Chicago.

The larger aircraft, the CRJ-700, seats roughly 15 more passengers than the smaller ERJ-145, which was previously used on the route. The CRJ was also used to fly to Dallas, but the regional carrier that operates flights out of COU for American Airlines, quickly brought back the smaller jet, Cecil said.

"Airlines are constantly changing how they do business," he said. "Also, there could be a shift from time to time in the regional airline that is the code share partner for American Airlines."

American, like most major U.S. airlines, subcontracts its shorter-haul regional flights to smaller regional carriers, which operate smaller jets on behalf of American.

The change back to the 50-passenger ERJ was partly due to a lack of service facilities for the larger plane in Dallas.

"It's my understanding that there was not a service hanger for the -700s in Dallas and so there were for the 50 passengers that they're using now" Cecil said. "A lot of those things we have no control over because the airlines are shifting aircraft around to where it makes more sense for them to make a profit."

While the numbers discussed Saturday were a good sign of growth, Cecil said any further expansion of the airport is a slow process.

"Right now we're bursting at the seams on our terminal, and so while, you know, we'd love to have a plane that would accommodate 150 people, if we had two planes that were capable of doing that and we could fill them, we'd have some real issues in the current terminal" He said.

Cecil said he hopes the airport can continue moving forward with expansion plans, and said a flight to Charlotte has been the topic of heavy conversation.

"It's in our demand analysis that that would make sense to go there. But a lot of it's just a matter of time and us being able to accommodate," He said.

Cecil said crews could have a plan for a new or renovated terminal within the year.