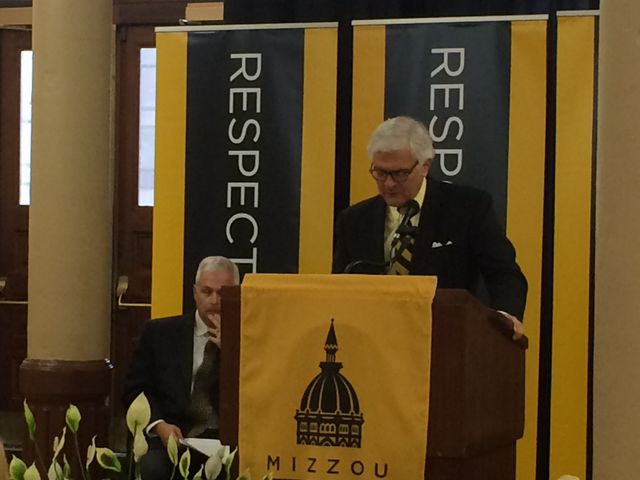 COLUMBIA — A $25 million donation from a Houston-based foundation helped push fundraising at the University of Missouri's flagship campus to a record high despite several months of racial unrest. The Kinder Foundation donated the sum to create the Kinder Institute on Constitutional Democracy.

The university announced on Wednesday that it raised nearly $171 million in fiscal year 2016, which ended June 30. That's more than $23 million higher than last year's total and nearly $7 million more than the previous record set in 2014. This is also the fourth consecutive year that the university received over 100 million dollars in donations.

Chancellor Hank Foley alluded to the challenges the university faced this year but had said this regarding the response of the Mizzou alumni.

"It should come as no surprise to you that the Mizzou family, which you're apart of, has responded with extraordinary generosity," Foley said.

Top Mizzou fundraising official Tom Hiles says the school has a generous donor base that stepped up.

"I just want to again tip my hat to our donors and alumni in a very challenging time when enrollment is down, when we've had some challenging time rebuilding trust with the legislature. This is a huge boost in moral," Hiles said.

Hiles said that him and Chancellor Foley traveled to 18 different cities to reach out to alumni and hear their concerns. Hiles also noted that during a tough time people were more than willing to rally behind the Mizzou family.

Hiles credited the university staff with listening to over 3,400 phone calls from concerned alumni, and said the effort to communicate with those alumni allowed them to reach the amount of money collected.

Sam Hamacher says he and other donors kept an eye on the university's reaction to protests that broke out in November over the administration's handling of racial issues. He says alumni decided that if something needs to be fixed, then it should be.

The Mizzou: Our Time to Lead campaign has accumulated $762 million in donations, which is more than half of the $1.3 billion goal announced back at the campaign's launch in October 2015.