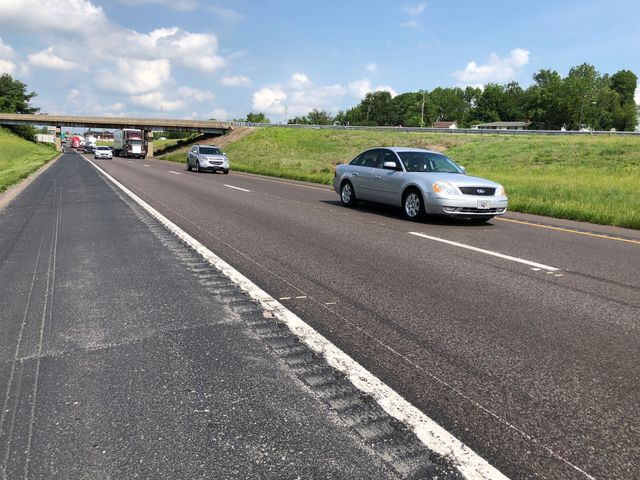 COLUMBIA – More than 36 million drivers will hit the road during Memorial Day Weekend, according to AAA.

Getting Ready for the Trip

Driver Bruce Shockley said he once got stranded on the highway because he didn't check the belts and tires on his car.

"Now I know to check just about everything in the car that moves," he said.

The service manager at Plaza Tiger Service on Smiley Lane, Ty Ingram, said tire pressure and tire tread are some of the most important things drivers should check before they start their holiday travels.

"Make sure that you have your turn signals, everything that you have for Missouri safety inspection, that brakes are okay," he said.

Ingram said drivers can find the right tire pressure indicated inside their vehicles.

"Most vehicles have your sticker located on the driver door jamb," he said. "Just open it up and usually it's in a yellow print, sometimes it's in a white print."

"Two-thirds of American drivers have never proactively had their car battery tested, one in five do not know how to change a tire, and four in ten do not carry an emergency kit in their vehicle," AAA said in a press release.

Ingram said drivers should take extra precautions when doing long trips, including always having a charged cell phone with them.

"You wanna make sure that you have all of your backup supplies, your spare is okay, pressured up," he said. "Make sure you have your jack tools, just in case you have a flat or something on the side of the road."

Shockley also said drivers should get ready themselves for a long drive.

"You need to get as much sleep as possible, so you can be awake and you won't be drowsy or anything," he said.

Saving Money on the Road

AAA said gas prices were 33 percent higher this April than in the same month of 2017. In Missouri, the average gas price is 2.72 cents, 60 cents more than last year.

Ingram said there are ways drivers can save money.

"For fuel economy, the best thing is, of course, like your air filter" he said. "Around a hundred, 90 thousand miles, or something like that, you wanna go ahead and see about getting a tune-up done."

Ingram said when drivers come back home from their trips they should do another round of checks on their cars.

"You might be due for a tire rotation, or possibly due for an oil change after a long trip," he said.