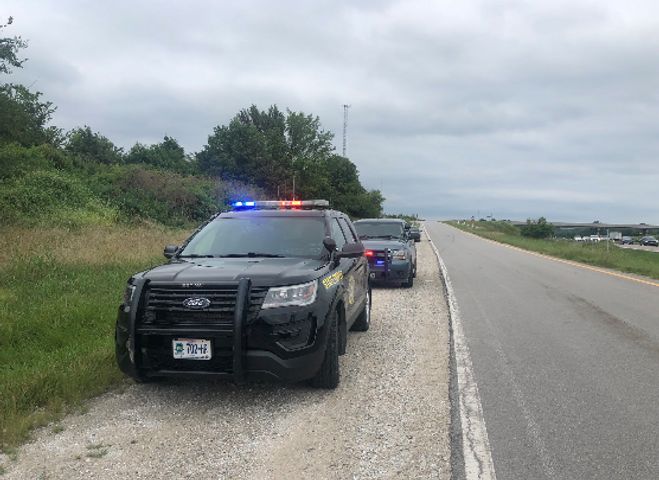 OVERTON - The Cooper County Sheriff's Office said Monday the man they're looking for after a motorcycle crash has likely left the area.

The office posted the update on Facebook, saying there's no further information to release at the moment.

According to the Cooper County Sheriff's Office, the crash happened at the Wooldridge exit in the westbound lane of I-70. The motorcycle caught fire. Deputies and troopers have not said if they know why the suspect ran away.

Authorities say the rider ran north of the interstate. According to Missouri State Highway Patrol, a firearm was also left on the scene.

Deputies said the rider is a man with an unknown clothing description and may be missing one shoe.