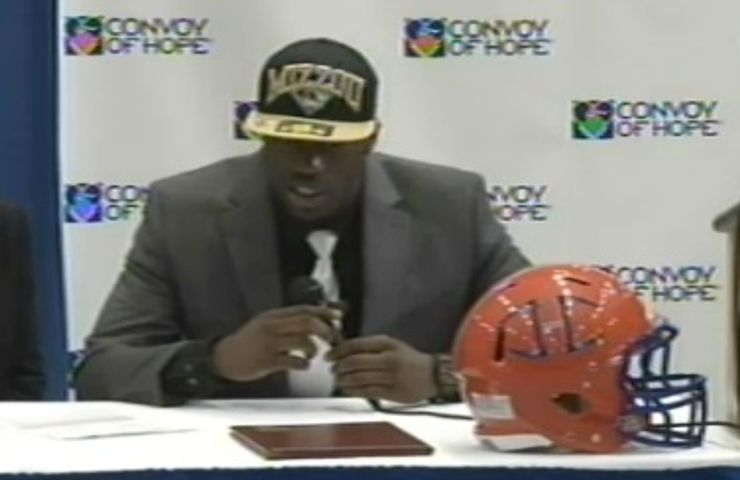 COLUMBIA -- Dorial Green-Beckham, better known as DGB, is officially a Mizzou Tiger. The nation's top wide receiver made the announcement around 9:15 AM CT on Wednesday on the Springfield Hillcrest campus that he will be heading to Missouri.

According to ESPN, DGB was the only guy in the nation's list of Top 5 recruits to go into the announcement listed as an undecided. Leading up to Wednesday Missouri, Arkansas, Alabama, Oklahoma and Texas were listed as his final top five schools to pick from. He made official visits to three of those campuses: Texas on November 18, 2011, Arkansas on January 20, 2012 and then Missouri on January 27, 2012.