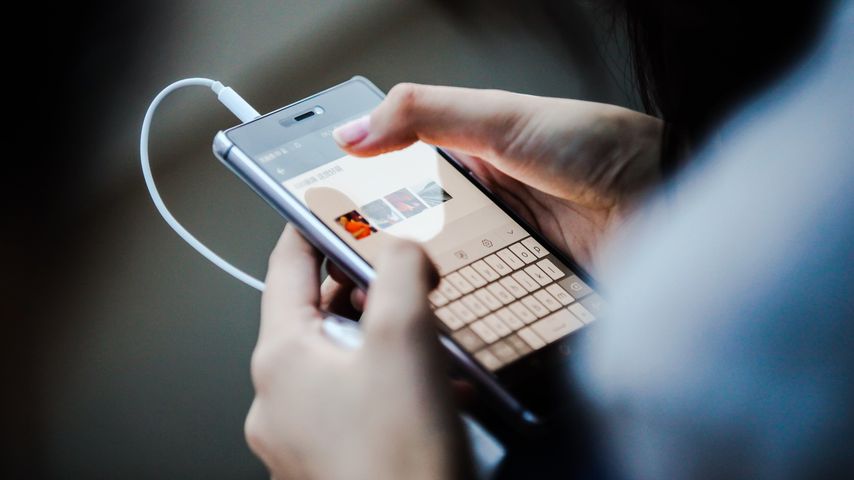 COLUMBIA - Almost six out of ten parents felt like their children were addicted to their tablet or phone and, according to a New York Times survey, if forced to choose, two out of three college students would choose wifi over a car.
The iGeneration is here and today's parents are raising what one documentary called  "screenagers."
From the beginning, there should be boundaries. Both physical boundaries on where devices are allowed and screen-time boundaries.
David and Kelly Townsend have a 6-year-old and an 8-year-old. Their children are still young enough that active-parenting and being familiar with the devices they use keeps everyone on the right side of the line.
"We give them freedom until it's time to not have freedom. We trust them, but we set boundaries," David Townsend said.
Kelly Townsend added, her children would watch Netflix all night long if she and her husband let them.
"I think it's really hard for them to know how to monitor that, that's why we monitor it for them," she said. "It's the same thing with cookies, it's the same thing with ice cream. If they wanted to, they would eat ice cream all night. But we are the parents."
Downloading a child-friendly browser will keep any online content kid-friendly. Or some parents opt to have a completely app-based device, meaning they delete Safari or whatever browser comes standard so searching on the web isn't even possible.
If parents can't always be looking over their children's shoulder when it comes to screen-time, they can make the technology help them.
Jon Sessions is on the Columbia Public School board and runs a computer repair business named, Gravity. Here are some of his suggestions for keeping track of children's online usage.
"Internet access can be turned off per device via a home router. All parents should familiarize themselves with the features of the iPad's restrictions" he said. "You can put parental controls in there, limit access to specific apps, turn on and off the camera, do some basic filtering of web content itself through the device itself."
And lots of apps can do a lot of the work for parents. Here are some of the most highly-rated.
OurPact allows you to block device activity for scheduled times. Parents can block texting, web browsing and specific apps. OurPact also has geolocation so they can see where their child is.
Kidslox also allows parents to block specific devices for specific times, like when they are supposed to be doing homework, or at bedtime. Kidslox can also block apps, along with social media sites. There's even a full "lockdown mode."
An app called Screen Time lets parents set a timer on a child's device. When all the time is used up, the app blocks out games, social media, messaging, and all downloaded apps.
Screen Time also lets parents lock children out of their devices remotely.
mSpy is one of the top monitoring apps. That means parents can see everything from physical location to their child's web browsing history, images, videos, emails and texts.
Norton Family is an app that makes it easy for parents to set up web-content filters and keep track of the physical location of their children. It sends weekly reports and alerts. A unique feature of the Norton Family app is the ability to put limits on how long children can use devices.
All of these apps are free for the basic version with the option of paid upgraded features.
After getting some boundaries in place, then there are the rules.
Families that can agree, early-on, when and where technology is allowed goes a long way as children get older and more opinionated and more dependent on devices. It can be considered a contract and everyone should be aware of the rules. Children should have a say in the rules too, having them be a part of decision making means it'll be more successful.
Parents have to be held accountable for the same rules. Some suggestions from the experts to consider: No phones at meals or no phones past 9 pm; turning in phones at bedtime; no screens in the bedroom; or no screen time in the car, even for passengers.
Also, parents should also try to keep track of hidden apps or vault apps. Hidden apps look innocent, like a calculator, but are actually used to hide pictures and messages children don't want parents to see. Usually, hidden apps require a password.
And then there are even vault apps used to hide the hidden apps. Vault apps require authentication to open.