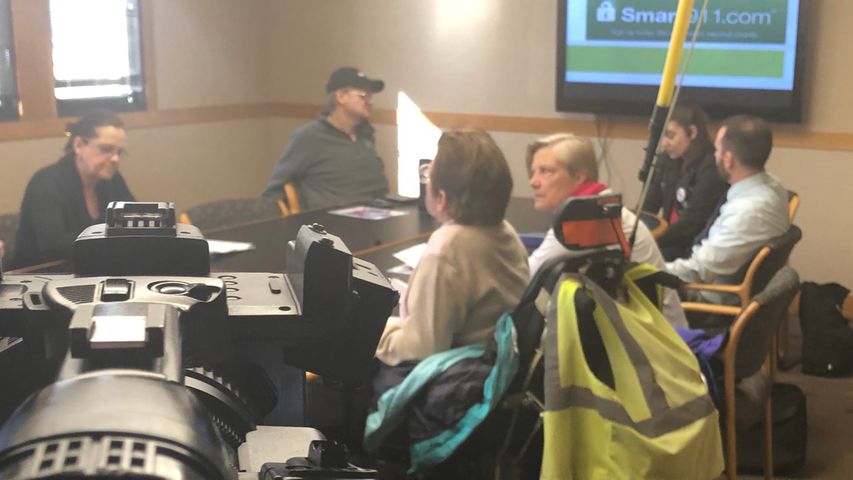 COLUMBIA - Thursday night the city of Columbia's Disabilities Commission met for the first time since a bill helping those with disabilities during traffic stops passed through a House committee.

"This is something that I believe in an emergency situation could potentially save a life," said Andrew Liebig, a commission member.

House Bill 207 will make it possible for Missouri residents with disabilities to have a medical alert notation placed on their drivers licenses.

The purpose of this is to give first responders the necessary information about who they're pulling over. The goal is to ensure that no problems that could have been avoided would arise.

Liebig was invited by the bills sponsor, Rep. Ann Kelley, R-Lamar to come and testify on its behalf earlier this week.

In his testimony, he talked about an accident that he had helped with where the first responders were doing their jobs and figuring out who these victims were but added: "If there would've just been a simple little symbol on the back of a drivers license, that made them dig a little bit further into their wallet, that could potentially change how their treatment is going to be in an emergency situation."

Liebig said that he was in class when he first received the news of the bills passing and that he specifically recalls being overwhelmed with joy and whispering to himself, "Yes".

"Hopefully this is going to be one bill of many, because these things are problems that are facing Missouri right now," said Liebig.

Now while this bill has passed through committee, the bill still needs to pass through the full House and Senate before it can become law.