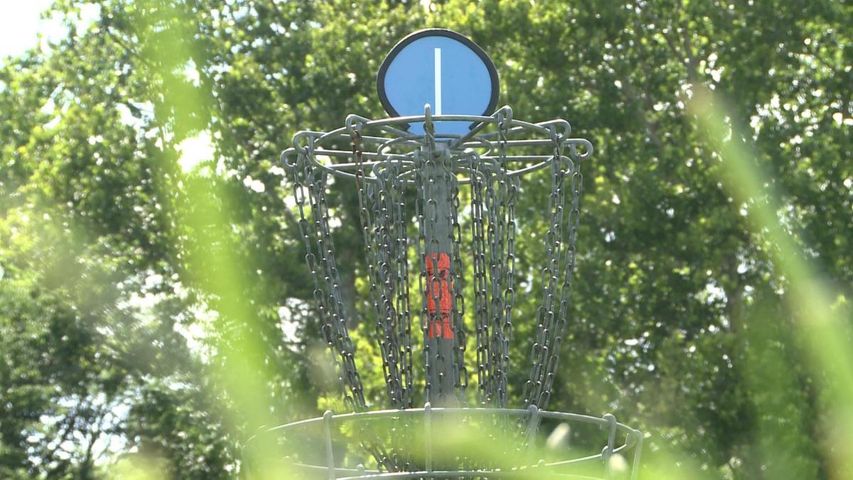 COLUMBIA - The Columbia Disc Golf Club is hosting its 30th annual Mid America Open this weekend at two Columbia courses, but that could change in the coming years.

"When the new course is here, that is that many more people we can hold in the tournament," Amerson said.

The 128-acre course will be located at 801 North Strawn Road, near the intersection of Strawn Road and I-70. Amerson said he thinks the course will attract international attention.

Amerson also said a highly revered designer will design the course, which has caught the attention of several golfers at this year's tournament, including Iowa resident Trent Tinlin.

"I just heard who's designing it, John Houck." Tinlin said. "I think that would bring a lot of attention to the Midwest and great golfers. I'd be down here for sure."

The project budget for the new course is $125,000. The money comes from Columbia's park sales tax. Amerson and Tinlin agree the initial cost of the new course will be worth it.

"When you have a national tour, a lot of the players come in about a week in advance to practice the courses," Amerson said.

"You get a lot of people from all over the world coming here. Disc golf is growing. It's going to bring a lot of attention, and I think you'd get that back tenfold maybe," Tinlin said.

"It's just quadrupled. It just keeps getting bigger and bigger," Tinlin said. "People see that you can just go out and have a good time. You know just buying a few Frisbees is $15 to $20 a piece. You can go out there and just enjoy the weather, and it's just a great activity for everyone."

Tinlin has played disc golf four more than 10 years, but this is his first year playing in the Mid America Open.

"I want to win this thing, at least place top five or ten," Tinlin said.

Amerson expects about 120 disc golfers to participate in this year's tournament.

"This year we're an AB tour, meaning that the pro division is an A tour, which is more points to go toward the world championships," Amerson said.

The main tournament will consist of four 18-hole rounds, two on Saturday and two on Sunday. The top professional men and women will also play a final nine holes on Sunday afternoon.

Spectators are welcome to attend any of the Mid America Open.