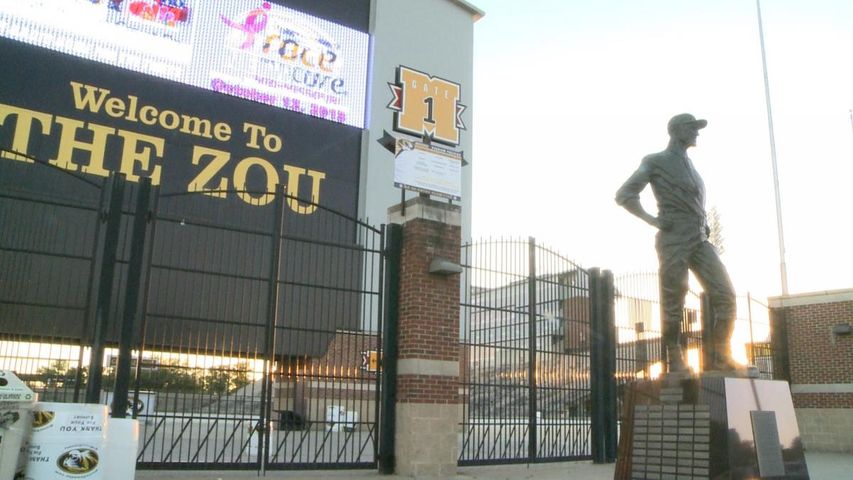 COLUMBIA - MU football scored a fifth straight win this weekend and now fans can score three tickets at half off.

MU has decided to sell the next three home games verse Florida, South Caroline and Tennessee at a reduced rate in an attempt to increase attendance.

Associate Athletic Director, Andrew Grinch, said this ticket sale is not unusual, but it is an attempt to take advantage of Mizzou's success thus far.

"We would love everything to be full price, but when you have available inventory, every once in a while you have to have a sale," Grinch said.  "We wanted to capitalize on people being excited."

This "available inventory" Grinch is referring to is the general admissions tickets mostly located on "The Hill."  Fans can enjoy half off tickets with an end-zone view if they take MU up on the offer.

Grinch said he hopes this draws in a bigger fan base, although he doesn't think attendance has been lacking this year.  This year marked the second highest ticket sales, second only to last year.  Although this year hasn't marked up to last year's anticipation, Grinch said the way the season ended last year could be a contributing factor.

But, this season's start has no similarities to last year's end.

"We want to have great crowds for SEC games," Grinch said.  "The fact that we are five and zero, this is an effort to try and get a sellout crowd."

And it seems to be working.  Since Esteban Pedrazas moved to Columbia, he has become an MU fan.

"I think the city supports a lot of the team, but sometimes you still see some clear spaces," Pedrazas said.  "I think if the price was reduced, I think we would have a full house for each game."

The tickets will go on sale at 8 a.m. Wednesday morning, and the sale will last until 5 p.m. on Friday.