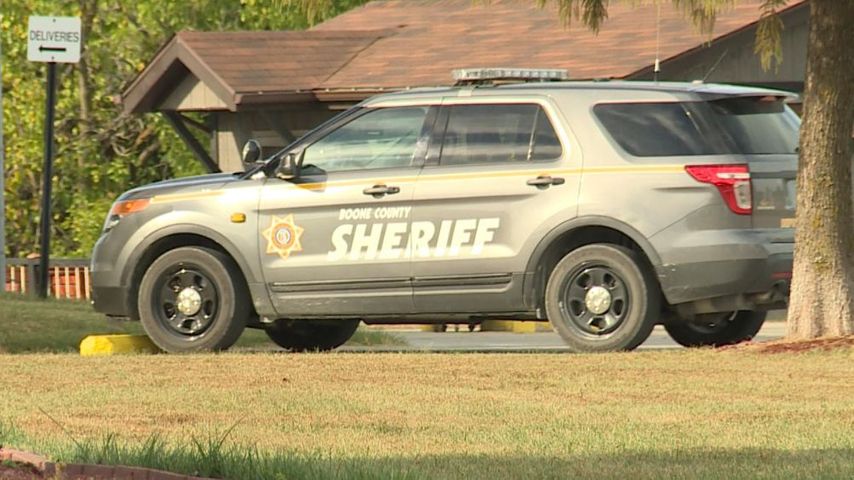 COLUMBIA — Jonathan Houston filed a claim to the Equal Employment Opportunity Commission (EEOC) this week claiming racial discrimination as the reason he was not hired by the Boone County Sheriff’s Department.

Houston received a letter on March 28 informing him that he was not selected and was given no reason for the rejection.

“I called the office specialist, whom stated they sent me a formal letter, and I asked her why I wasn’t selected. Did they already begin my background investigation? Who did they call? And she said, ‘we’re not at liberty to tell you why we denied you,’” Houston said.

Houston began his application process in February of this year and took a series of tests including a criminal review, a written test, multiple interviews and a lie detector test.

He claimed he passed all these tests and was even called a “strong candidate” by certain interviewers who congratulated him on his test results. KOMU 8 tried to confirm these claims with the Sheriff's Department, but no one was available for comment Friday afternoon.

Houston says he was then informed the next step would be a background check and he would meet with a background investigator.

The next information Houston received from the department was the letter informing him he was not chosen to continue the process.

“Now, from my own research, being black and not having many black people passing those tests would make me a strong candidate. So, with there being that gap of information of not telling me, I most likely think that there’s racism,” Houston said.

Houston, who grew up in California wanting to be a law enforcement officer, says law enforcement agencies claim a desire to reach out to the community but never seem to act on it.

“A lot of law enforcement agencies talk about outreach, but they don’t do anything. I can understand there may be different reasons why. Maybe some African Americans are resilient, but if you have African American applicants coming in who are eligible and you are disqualifying them you’re not seeking to better the community. Our law enforcement has to match our communities,” Houston said.

The Boone County Sheriff’s Department was unavailable for comment.

Houston says future action will depend on what response he receives.

[Editor's note: This story's headline has been fixed to correctly spell the name of the Boone County Sheriff's Department. Other typos in the story have been corrected, as well.]