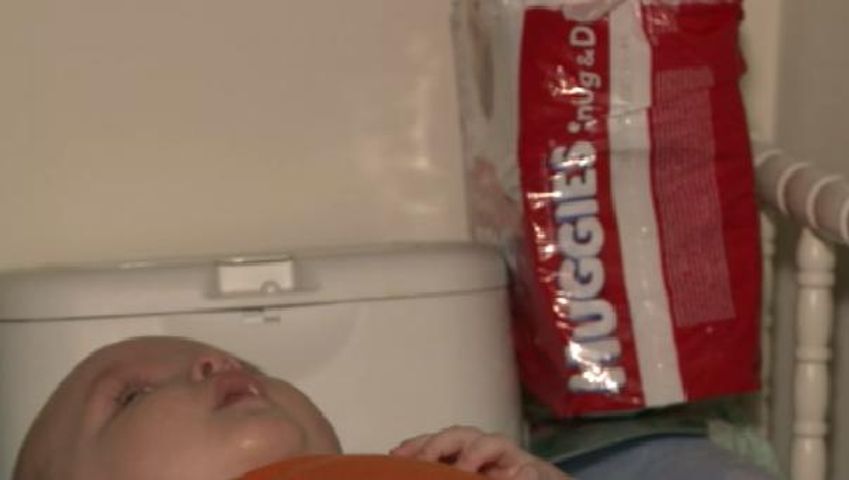 But, some parents would rather use disposable diapers to avoid the mess. MU Healthcare Family Medicine Physician Dr. Sarah Swofford said, "I think that reusable diapers are completely safe. I would say from a medical standpoint or as a physician who sees young infants and children in my practice, we don't really have a preference between disposable versus reusable diapers. As far as I'm aware, there are no health concerns from using reusable diapers."

Columbia mother Grace Griffith said she doesn't use reusable diapers because they're messy.  "I know reusable diapers are better for the environment but that's not something I want to keep with me. Last night, Connor had a dirty diaper, it went out of his diaper onto his clothes and onto his blanket and that's not something that I want to keep and wash," said Griffith.

Many experts could argue that dirty diapers amount to a pile of waste and are not economically friendly but Griffith said the time it takes to wash and clean the cloth diapers isn't worth her trouble. "The bigger the size gets, the less diapers you get for your money, so Connor was in a size one maybe a week ago and you could get 108 diapers for $25.00 and now he's a size two so he gets like 100 diapers for $25.00," said Griffith.

Expensive disposal diapers push some parents to go green. Swofford said that either disposable or reusable diapers work efficiently, it just depends on the family's lifestyle. "My advice to parents of young children would be to choose the diaper that works best for your family.  I think both are fine choices and there are obviously pros and cons for either choice, but mainly it's whatever works best for your family," said Swofford.