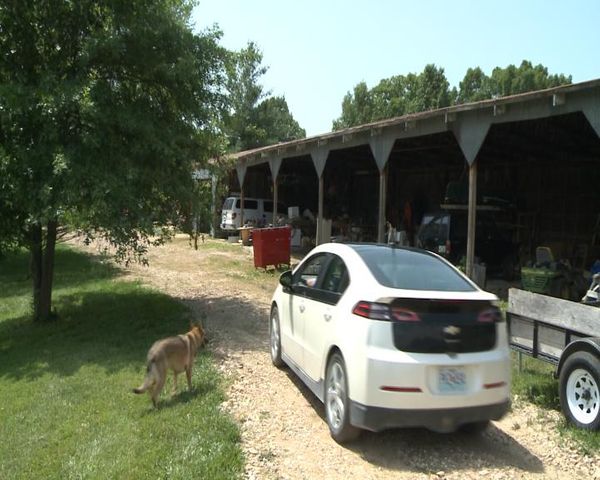 BOONE COUNTY - Using little to no gas to drive to work is a goal people only dream about, but Jeff Scott and Susan Fields have made that dream a reality.

Scott, a deputy chief at the Boone County Fire Protection District, uses a plug-in Chevy Volt that allows him and his wife to drive the car about forty miles on one charge. But unlike most Volt owners, Scott charges the car with solar power at his home, meaning he powers the car for free.

Scott and his wife have owned the car for more than one year and say they've only filled up at a gas station four times to powers its gasoline engine for longer trips.

"The only thing that I've had to do, the only change in my lifestyle is remembering to plug my car in when I get out. Three times I've forgotten to do it," Fields said.

Scott is planning on retiring in then next couple of years, and the solar car/home combination is the first step toward lowering his monthly costs.

"I figured this would be a great way while I'm still employed to invest in something that will save me money," Scott said. "I'm saving about $120 a month, although I still have to pay a minimum $20 charge for utilities on my house, but just trying to get as close to net zero [energy] as I can."

Scott uses solar panels attached to the meter in his house. Scott said he has powered the equivalent to 26 houses since he started using these panels.

Scott said the car gets the most amount of miles per charge in the summertime because of the sunlight. Also, using the heater in the winter time decreases the amount of miles the car can go before it switches over to gasoline.

Scott said this is the time to make the investment toward solar power because of the amount given back on your investment.

"There's a tax rebate up until 2016 on solar power, so you get about 30 percent back on your investment," Scott said.

While skeptical at first, Fields has grown to love driving the car because of how many positives it brings to the table.

"It's just like any other car, has all the same equipment," Fields said. "It's just a different source of energy."