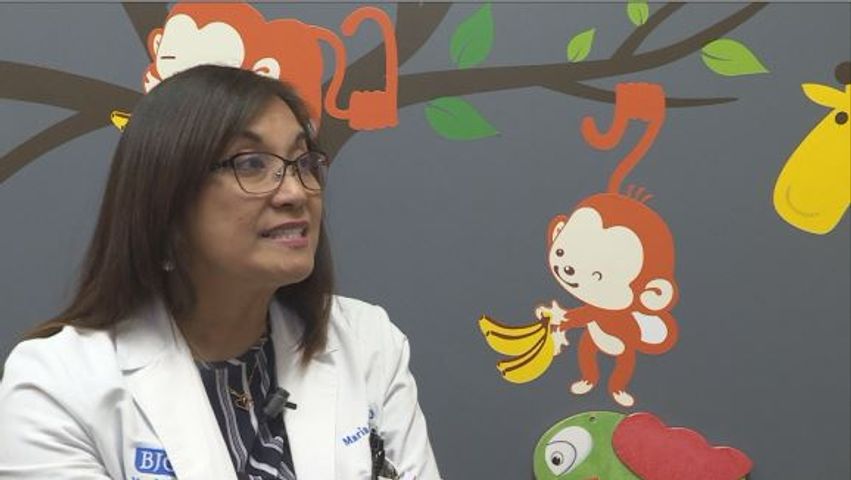 LAKE OZARK - A pediatrician explained how hot bath water should be, after an infant was burned in a hot bathtub this week in Lake Ozark, leaving the infant with third degree burns.

It can take a matter of seconds for burns to develop, according to The Burn Foundation.

"Accidents like that can happen if there's no supervision from the caretaker," said Dr. Maria Bernabe, a pediatrician in Osage Beach. "The incident was very unfortunate."

She also stressed the importance of monitoring the maximum temperature of water heaters in homes and apartments.

"It is very crucial to set your water heater temperature 120 degrees or below. It will help prevent thermal burns on the skin," said Bernabe. "You could even set it below 100 degrees and make it more lukewarm."

To put that number in perspective, a typical hot tub's temperature is around 100-104 degrees.

The Lake Ozark Police Department said the mother, Elizabeth Austin, told officers she left the baby in a bathtub while she tried to deal with her 4-year-old son, who was walking around their apartment with a knife.

Austin is charged with endangering the welfare of a child, as well as drug possession.

Investigators in the Lake Ozark incident said the water in the baby's bathtub was at least 130 degrees. The Burn Foundation says hot water can cause scalds in 15 seconds at 133 degrees.

"It's important for parents and caretakers to check the water's temperature before putting the child in the water," said Bernabe.

If a scalding accident does happen, Bernabe said to "run cool water over the burn and call 911 immediately to ensure your child's safety."