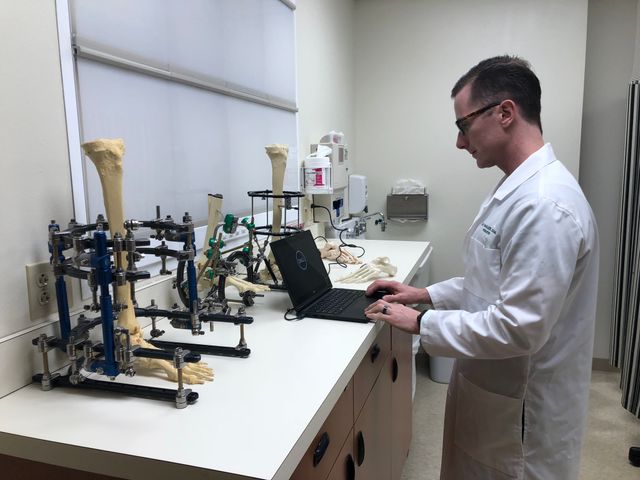 JEFFERSON CITY - A podiatrist with the Jefferson City Medical Group is the first doctor in Missouri to use a "game-changing" procedure to correct bunions.

Dr. J.P. McAleer has been using the Lapiplastly correction procedure for about a year and is working to bring the procedure to other podiatrists throughout the state and country.

Traditional bunion surgery has up to a 70 percent rate of reoccurrence, and McAleer said out of the 100 plus patients the group has treated, none of them have had reoccurring bunions.

"It's amazing, we are very happy about it," he said. "It's important because bunion deformities in general cause patients a significant amount of pain."

McAleer said bunions cause several other forefront arthritis issues, which can lead to problems with balance, falls or even knee and hip injuries.

"When you're family is traveling to a water park or theme park for a weekend and you don't want to go because your foot hurts because you can't walk for very long, it definitely puts a drag on your social calendar," he said.

McAleer has been traveling throughout Missouri and to other states to teach other doctors how to perform this surgery. He is one of the first doctors in the United States to adopt Lapiplasty.

He said one of the benefits of the procedure is that it is reproducible, whereas traditional bunion correction varies case-to-case.